While the cuts will hit “non-marquee” sporting content first, Foxtel’s announcement would have caused plenty of discussion at AFL, NRL and Cricket Australia headquarters.

As they hunt for alternative funding streams, the football codes have turned to some of the biggest names in business for answers. 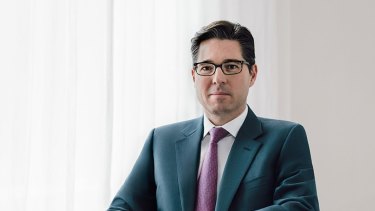 Former Macquarie Bank boss Robin Bishop is at the forefront of the AFL’s investment push.

The AFL in 2017 established an investment committee and the NRL followed a year later. These panels are stacked with financial heavyweights tasked with finding completely different, non-sporting revenue streams to bolster their already super-profitable accounts.

Anything from hotels to childcare centres or leisure management businesses could be bought, should the investment committees deem it appropriate.

PwC industry lead for sport Andy Barlow told The Age and Sydney Morning Herald that traditional broadcast deals which underpin so much revenue for sporting bodies were being questioned all over the world.

“A generation has grown up with on-demand and mobile content,” Mr Barlow said. “That’s very different from the previous generation who grew up with all their sport on free-to-air. 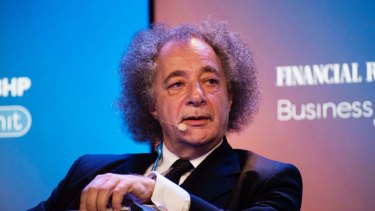 Gary Weiss is in charge of the NRL’s investment committee. Credit:Christopher Pearce

The NRL’s version is headed by commissioner and heavy-hitting businessman Gary Weiss and counts UBS banker George Kanaan as a founding member.

The AFL, the NRL and its investment committee members declined interviews for this story. Most referred interview requests to the AFL and NRL and both chose to say nothing about their new investment bodies.

There’s no public information about the AFL’s investment arm other than who sits on it, but it is understood it has only met once as of April 2019 and will meet twice a year going forward.

The committee will “look at all investment options on merit”, one source said, and its main purpose is to add more revenue streams to the league and act as another financial advisory arm for the AFL Commission. The commission must approve any recommendations before investment begins.

It will not be heavily involved in the redevelopment of the Marvel Stadium-Docklands area. The AFL could build a hotel somewhere in that precinct as part of the revamp, reports claim, but there’s a separate committee for such planning.

The AFL owns other sport-related businesses already, such as AFL Travel and Champion Data, and recently sold AFL Publications.

In its 2018 annual report, the NRL wrote: “It remains a source of embarrassment that the game still has no assets after more than 100 years of rugby league.

Both leagues know there is pressure on clubs to divest from poker machines and they know deals with betting companies are on the nose. AFL club Hawthorn has no plans to abandon pokies but it’s still looking elsewhere for returns.

Hawthorn appointed former Swisse boss and investment expert Radek Sali to its board in early 2018 to head up its own investment group, the “Dare to Be Different Committee”.

Club president Jeff Kennett would not be drawn on what kind of investments the committee are considering.

“Any organisation that stands still, that continues to do what it has done for years will either be very quickly overtaken by others or will ultimately simply fail,”  Kennett told The Age and The Sydney Morning Herald.

The committee has already made some suggestions and they continue to scour. They’re our ‘ginger group’.

“There is no time frame on what they have to find. The committee has already made some suggestions and they continue to scour. They’re our ‘ginger group’ in terms of thinking and working toward that continuing goal of maintaining financial stability.”

The Geelong Cats club is finalising its exit from pokies and takes no money from sports betting companies. They’ve replaced that money with boosted game day entertainment and hospitality revenue, other sponsorships and donations.

The club is doing due diligence on businesses it could buy including gymnasiums, childcare or food and beverage companies. Richmond was one of the first clubs in this space after it started leisure management business Aligned Leisure.

‘Costs are going up’

Head of strategy at sports and entertainment consulting firm Gemba Group, Craig Roberts, said there were many reasons why the revenue-rich AFL and NRL want more cash.

“It might look like they’re massive money machines but they have a lot of mouths to feed, it is expensive to run leagues at that scale. Then there’s investing in women’s footy and junior footy, for example,” Roberts said.

“The costs are going up, player costs go up with every [pay deal] and facility costs are increasing.”

Roberts said AFL and NRL fans were also getting older, young fans were becoming harder to win over and that there was uncertainty about how new technology would impact future broadcast rights deals.

“They’re experts at extracting and converting fandom into revenue but the trajectory of their fan base and the traditional membership base is ageing,” he said. “The overall proportion of ‘fanatics’ of AFL and NRL isn’t growing. It is in slow, steady decline and there is so much competition for youngsters’ sport and entertainment dollar.”

The overall proportion of ‘fanatics’ of AFL and NRL isn’t growing.

Gemba Group research shows over the five years from 2013 to 2018 the number of Australian sports fans who considered themselves “fanatics” in rugby league and cricket declined by 1 and 2 per cent respectively, while for AFL the figure remained stagnant.

On the same metrics, overseas sports such as mixed martial arts and basketball grew by 7 and 3 per cent respectively.

The firm’s research from 2016 to 2018 also showed Australian audiences for NBA, the Superbowl, English Premier League and Formula 1 were skewed toward 16 to 29-year-olds, while AFL, NRL and the Big Bash League skewed to “older age groups”.

“Traditional revenue streams are not guaranteed into the future,” Roberts said. “The fan base is ageing; younger fans have so much more choice. There’s no guarantee they will latch onto AFL and NRL.”

The AFL is so worried about where young prospective fans are going that it has moved into esports, as has the NRL. AFLX is lampooned by traditionalists but the hybrid game is aimed at kids and the unconverted, not at those who already love footy. Their hope is to win new fans in the same way that Twenty20 has for cricket.

PwC’s Barlow said all of these factors meant sports administrators were approaching a “tipping point”.

“A lot of sporting codes and organisations are looking at this tipping point now and realising this bite-sized, on-demand content is driving a lot and therefore they’re asking ‘how do we push this forward with our code?'” he said.

Both Roberts and Barlow also agreed that pokies and sports betting revenue would continue to diminish for sports bodies because of community sentiment.

They also noted that while government funding for these sports is high, particularly for the AFL, this is by no means a guaranteed revenue stream.

Cricket Australia has been one of the local leaders in providing its content via streaming. Its CA TV platform broadcasts both women’s and men’s state cricket and has broadcast international fixtures.

Cricket Australia doesn’t have an investment committee and has no plans to start one. It does however have a sizeable share portfolio. In the 2018 financial year, it grew from about $77 million to over $85 million. CA also owns an investment property in Jolimont, right next to its Melbourne headquarters. 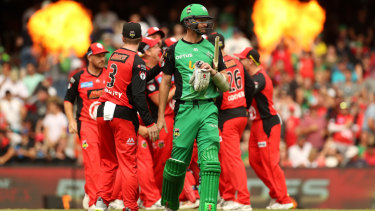 The Big Bash League has been a boon for engaging youngsters in cricket. Credit:AAP

CA finance boss Todd Shand told The Age and SMH that all cricket’s investment energy was focused on grassroots development. In 2017, it pledged $300 million over five years to improve facilities and drive participation, a $100 million increase on the last five-year cycle.

“It is targeted predominantly at facilities funding and getting more people on the ground to drive participation growth,” Shand said.

“The annual census will tell us about participation growth changes and the facilities will be measured against the nationwide facilities audit we did.

“We have a very good finger on the pulse of how suitable our facilities are for male and female.”

He said CA, the players and its member states and territories unanimously supported the spending splurge on grassroots, a move that aims to buttress the game against a possible waning of interest and the continual shift of younger Australians’ entertainment habits.

Anthony is a reporter at The Age.

Here’s who gets the $5 billion in franking credits that Labor plans to take...

How to Calculate a Stock Price