“I was expecting a big punch up, I noticed there were a lot of security guards when we got here,” she said. “But I am feeling more positive about it after the meeting and I think of a lot of the people here have the same view.”

Others, such as retiree Robert Conley, were not so forgiving and said revelations about AMP’s conduct brought up by the banking royal commission were still hard to comprehend.

“I think it is bloody disgraceful the way they carried on, they haven’t thought about anyone else but themselves,” he said before the meeting.

Mr Conley said he wasn’t surprised about the recent drop in the share price.

“To me, the directors shouldn’t be able to resign or walk away without being held accountable.”

Many investors were still reeling from the royal commission which showed the company had misled the regulator and allegedly intentionally charged its customers fees while knowing they were not receiving a service. Other investors were concerned about the sale of its life business for well below embedded value and the near halving of AMP’s share price over the last year.

Yvonne Chan, in her 70s, who asked a question directly to chairman David Murray said the company was doing the right things to improve trust. 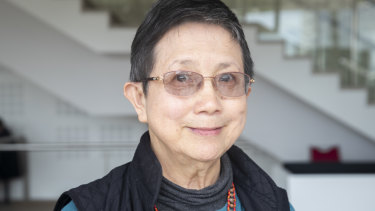 “There seems to be a sense of commitment, and AMP with chairman Murray seems to be taking the issues brought up seriously,” Ms Chan said.

For Karen Fisher, a former AMP employee, the “high calibre” appointments to the board and AMP’s executive ranks, were a reason to feel the company was better placed than before.

“I think with the new CEO there is a position that AMP has taken which it hasn’t taken previously and I think he has no illusion to how difficult it will be,” the 66-year-old said. 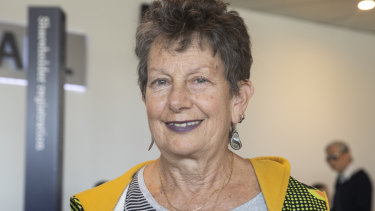 Karen Fisher said the company was on the right track. Credit:Louie Douvis

Mr Murray admitted the during the meeting the company had “faltered from its purpose” but said it had learnt its lesson.

Mr Murray was also peppered with questions about his personal stance on climate change but said the company had produced a sustainability report and the views of individual directors were “not relevant”.

Ben is a journalist for The Sydney Morning Herald.

The Moneyist: My sister’s home is in foreclosure, so she’s moving in with our...