“Any processing facility in Western Australia will require approval from the Western Australian Government and will be required to operate under the State’s mine safety and environmental legislative requirements and conditions.”

Lynas’ share price plunged in December when the Malaysian government imposed tough new conditions on the company, including an order to remove 450,000 tonnes of radioactive waste from the country before its licence expires in September. Lynas has said it is not possible to meet this condition.

The WA based miner extracts ‘rare earths’ – a group of 17 elements crucial in producing high tech products like mobile phones and electric cars –  from its Mount Weld mine, 730 kilometres east of Perth, before shipping them to Malaysia for processing.

ASX listed conglomerate Wesfarmers in March surprised the market with a $1.5 billion indicative offer for Lynas, and last week told investors it is still interested in acquiring the business. 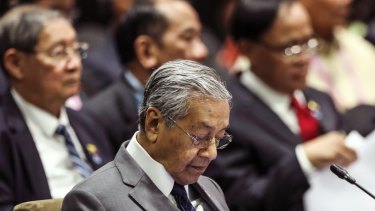 Lynas is still awaiting clarification from the Malaysian government after Prime Minister Mahathir Mohamad later said the company would be able to continue to operate in the country if it extracted the radioactive elements offshore.

The company has told investors it sees value in bringing the “cracking and leaching” of its ore closer to its WA mine. It confirmed all five sites it was considering for this activity were in WA.

Lynas told the Sydney Morning Herald and The Age that it “is looking forward to updating the market on its growth plans in the coming weeks.”

Mr Johnston reiterated the government would not import Lynas’ Malaysian waste and there was legislation preventing the company from doing so.

Wesfarmers is also waiting for clarity from the Malaysian government on the regulatory conditions being imposed on Lynas.

The WA government has previously signalled support for a Lynas rare earths plant in the state, but approval would take time. The state’s Environmental Protection Authority timelines vary considerably depending on the size and complexity of the project.

The most recent mineral processing plant to begin construction in WA, Albermarle’s Kemerton lithium hydroxide plant in WA’s south west region, took seven months to gain approval after it was first lodged with the EPA in November 2017.

That plant, which will produce up to 100,000 tonnes of lithium hydroxide would be much larger than any Lynas proposal, whose Malaysia plant produced nearly 18,000 tonnes of rare earth oxide in 2018.

Colin Kruger is a business reporter. He joined the Sydney Morning Herald in 1999 as its technology editor. Other roles have included the Herald’s deputy business editor and online business editor.

What the proposed tax on rooftop solar means for consumers. In a word, ‘Ouch!’

Where Should I Retire?: I want to retire in Texas and near freshwater on...