Vilifying business, which pays about $86 billion a year in taxes, set Shorten apart from his political hero, Bob Hawke, who convinced business and workers to co-operate in the national interest. 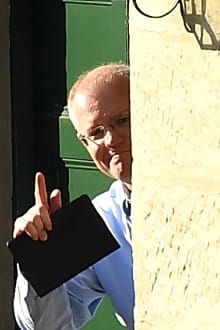 Shorten’s misreading of the population’s willingness to embrace social division goes to the heart of the problem facing the ALP. It is out of touch with the electorate and needs to find a way to reconnect with its base.

The goal being to once again attract aspirational voters. Shorten’s replacement could learn from former NSW Labor premier Neville Wran, who said: ‘‘The best thing about the working class is getting out of it.’’

Heading into the election it appeared the Coalition faced a tougher challenge than Labor in managing the complex cross currents swirling among sitting MPs and their supporters.

In fact, it was Labor that needed to find a policy consensus that unified all the complex forces impacting its traditional voters.

It must bridge the gap between the aspirations and fears of Labor voters living in different parts of the country.

It is clear Queensland Labor voters are worried about jobs and family issues more than the climate change impacts of the Adani coal mine.

Meanwhile, in Tasmania Labor voters are just scared of change whatever form it takes.

Lower retail energy prices were promised by both parties during the campaign.
But this simplistic electioneering did not resonate with business.

Business leaders live in hope the Morrison government will abandon its non-existent energy policy and take the sector seriously.

There is optimism among business leaders that Morrison will use his newfound authority to replace Angus Taylor as Energy Minister and then rework the National Energy Guarantee. This should be made a little easier now that vehement NEG opponent and former prime minister Tony Abbott is gone.

Taylor’s tenure as Energy Minister, especially when compared with that of Josh Frydenberg, is widely regarded as a failure.

Businesses in the energy sector were always well ahead of Taylor in terms of the appreciation of technology developments and the relentless pace of change.

Introducing a rational energy policy that incentivises a more rapid transition from fossil fuels to renewables should not be a hard sell for Morrison given that cheaper energy would underpin increased downstream processing in the mining sector.

It is doubtful Taylor could handle this strategic shift toward cutting wholesale energy prices for business given his sole focus has been cutting retail electricity prices.

A back-to-the-future energy policy that draws on the work done by chief scientist Alan Finkel would support manufacturing businesses and promote jobs in the mining sector.

In Western Australia, energy-intensive downstream processing could enjoy a revival on the back of lower energy prices.

Above and beyond the ancillary job creation from a sensible energy policy is the enormous potential job creation from Australia taking a leading position in the hydrogen economy, estimated by Morgan Stanley to be worth $US2.5 trillion by 2050.

At a time of political upheaval elsewhere, Australia’s democratic system is showing signs of unprecedented stability.

In Saturday’s federal election, the key theme was stability in the two most populous states. In NSW, the seat of Gilmore on the south coast was the only Liberal seat to change hands and that was thanks to a botched preselection in the electorate. In Victoria, the Liberals largely held their ground.

In contrast to elections in other parts of the world, our version of extremism is going backwards according to the dismal support for Pauline Hanson’s One Nation and Fraser Anning’s Conservative National Party.

Of course, the flipside of stability is the sort of policy paralysis associated with an entrenchment of the status quo.

Several leading business figures told Chanticleer Australia lacked a long-term vision to diversify the country’s economy and lessen the reliance on resources exports to China. Also, they don’t see it coming from Morrison.

One chairman said: ‘‘We’ve been drifting for a decade. It started with the failure of Kevin Rudd’s big set of ideas and went nowhere under Abbott and Turnbull. We can’t afford another five years of drifting.’’

Another business leader highlighted the lack of any forward thinking on innovation policy. Start-ups and entrepreneurs are doing well but without a coherent, overarching government vision it is almost certain the progress will be piecemeal.

There is general agreement and general disappointment that complex tax reform is dead. Shorten and shadow treasurer Chris Bowen made the mistake of loading up the tax policy agenda with too many items and too much unexplained spending.

The strategy left voters confused about the financial benefits they would receive. The proposed reforms to franking credits, capital gains and negative gearing opened Labor to attacks ranging from the grassroots campaign by fund manager Geoff Wilson to the outrageous and ethically questionable advertising by billionaire Clive Palmer.

Labor has rightly complained about the LNP’s widespread use of the words ‘‘retiree tax’’ to describe the removal of tax concessions for negative gearing and franking credits. But it is no different to Labor’s Mediscare in 2016.

One way of reading the ballot box rejection of Shorten’s tax reform is that Australians realise the economy is too small and too open to international forces for the country to afford transformative redistribution of wealth.

Business leaders agree comprehensive tax reform, which included a higher GST and a 25 per cent company tax rate as recently as 2016, will struggle to be revived unless someone comes along with exceptional leadership skills.

Shorten tried to paint a big-picture vision for Australia. But it failed to resonate with the electorate.

He could not bring the people with him, possibly because of his lack of personal appeal to the average voter.

Business sees a short-term boost to Australia’s economic fortunes from the Morrison victory because of the removal of uncertainty over a range of taxation issues proposed by Labor.

Keeping the negative gearing tax concessions ought to give some fresh impetus to property investment in established properties.

Allowing the franking credit concession should lift consumption by retirees aged over 60 who receive cash payments from Treasury in settlement for excess franking credits.

Another consequence of the franking credits concession being maintained is trustees of self-managed super funds will no longer have an incentive to switch into industry super funds.

Higher economic activity on the back of increased consumer confidence could help influence the Reserve Bank of Australia to sit tight on monetary policy at its meeting next month.

In a world of #fakenews, more Americans are getting their COVID-related news from the...

Workers take the fight to Flight Centre over alleged underpayment