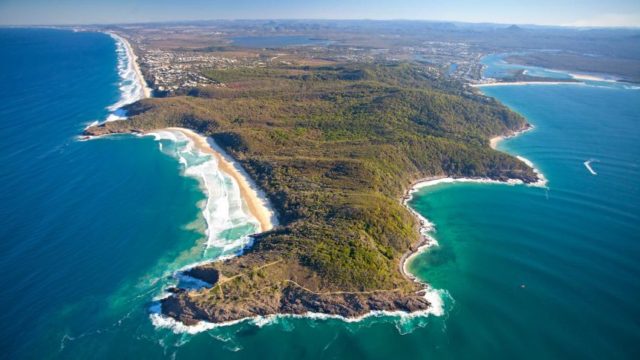 House prices in regional and coastal Australia have skyrocketed in the past year as families and retirees have swapped European holidays for new homes, but it is creating a crisis in one Queensland region.

CoreLogic data shows house prices in Victoria’s Grampians, Noosa and the Noosa Hinterland in Queensland, the Yorke Peninsula in South Australia and Maranoa in south-west Queensland jumped at least 13 per cent last year as coronavirus cut off overseas trips and working from home made it easier for people to move away from cities.

The picturesque Grampians, in Victoria’s west, recorded the biggest leap in house prices – rising 16.6 per cent in the year to December 31.

Grampians real estate agent Nic Cullinane said he more than tripled the number of homes he sold last year as coronavirus-weary Melburnians made the leap.

“Even before COVID, people were saying they were sick of Melbourne; the crime, how long it takes to get anywhere,” Mr Cullinane said.

“Then COVID kicked in and it really … [motivated] those sitting on the fence.

“They want to get away from everyone and have time and space away from the busy Melbourne lifestyle. People told me they moved because they were sick and tired of lockdown.

“The other thing is how affordable properties are; you can buy a decent house for $350,000.”

While a large number of those making the change were retirees, Mr Cullinane said locals were also moving around to upsize or downsize, and young families moved to the area for space.

A similar story has played out on the Yorke Peninsula in South Australia, where prices have jumped 14.6 per cent in the past year.

Real estate agent Kym Stanitzki said the peninsula quickly become a retirement destination in the past 12 months as European holidays were canned.

“The volume of buyers has gone through the roof,” Mr Stanitzki said.

“When people couldn’t go overseas, they bought houses with a view so that the whole family could go on holiday together.”

Mr Stanitzki said over the past six years, sales had been “ticking over” but “problematic stock” such as houses that desperately needed upgrades, remained unsold.

People will buy and take on a significant project because there’s no other choice.”

Mr Stanitzki said more buyers were telling him the shift to working from home meant they could be more flexible with where they wanted to live.

“Why not be in a town with a sea view rather than be in the city when you don’t have to?” he said.

Mr Stanitzki said the trend was likely to continue.

“We’re seeing people just wanting to get out of the city, away from crowds. COVID scared people.”

Mr Stanitzki said coronavirus also forced people to holiday in their own backyard, opening their eyes to the lifestyle they could have just a few hours from Adelaide.

“Summer tourist numbers have been off the scale. Supermarkets are running out of stock,” he said.

“That has created more interest because there are more people in the area and they fall in love with it.”

Second on the list for house price growth was the coastal town of Noosa in Queensland.

With demand for properties continuing unabated and supply diminishing, real estate agents and locals expect them to go even higher.

“Rental vacancy rates are the lowest they have ever been, the number and value of sales was up 60 per cent compared to preceding years, and the growth in property values has been extraordinary,” he said.

Mr Offermann said schools were filling up fast and employment opportunities were drying up as families from Sydney and Melbourne rushed to snap up homes, often buying properties based just on photos.

The exodus of people from large cities seeking safer environments and the ability to work from home were catalysts for the big shift to coastal communities,” he said.

But the idyllic way of life in the popular tourist town does not come cheap.

Mr Offermann sold two homes last year to a buyer for a total of $12.5 million. Another buyer bought two adjoining properties for $17 million.

“It’s high on the list for affluent people to own a home or second home here,” he said.

About half of the buyers were locals moving around, Mr Offermann said.

“The rest are evenly spread across the eastern seaboard; a lot of people bought sight unseen because of the lockdowns, the most expensive being over $10 million sight unseen.

“Whatever you invest in is highly likely to go up in value. There are no dark clouds on the horizon. Interest rates are going to be at these historically low levels for a very long time.”

The strong demand has also seeped into the Noosa Hinterland, which saw prices rise just shy of 14 per cent as the cost of properties rose rapidly in Noosa, pushing people further out.

Earlier this week, renters on Victoria’s Surf Coast said they were struggling to find a place to live as rental vacancies hit zero.

Similar stories, including ones of families living in cars and tents, are emerging along Queensland’s coast.

Noosa Hinterland local Donovan Biss has been watching the market for months and says the new buyers, the majority coming from Melbourne and Sydney, have pushed renters out of town.

“Renters are being kicked out,” he said.

A lot of people are close to homelessness.

“You can’t get short-term stays because it’s so expensive.

“Noosa usually goes nuts, then levels out. But that’s not happening when it’s really hot like this. People are really struggling.”

Even real estate agents are calling it a “housing crisis”, with one agency posting a desperate message on Facebook to try to find a home for a family kicked out due to the owners moving back in.

Some people are paying hundreds of dollars a week for studio apartments with no kitchen on Airbnb, as they wait for affordable rental accommodation to open up.

Other locals, who did not want to be named, told the ABC some real estate agents gave them preferential treatment after they were booted from rental accommodations because the landlord added a few hundred to the weekly rent.

Mr Biss said rental prices in the Noosa Hinterland had gone “absolutely mental”, doubling over 2020, and people were struggling to keep pace.

Rent for some homes has increased between $200 and $300 a week since March.

“Noosa was already growing massively over the last two years, but it was mental over the Christmas holidays,” Mr Biss said.

“It normally quietens down when people head back to the city, but with Melbourne and Sydney hit by COVID, more people stayed and others are still escaping those areas and coming here.”

Mr Biss said he was lucky he did not have to buy back into the market.

“One particular block of land, about 600 square metres with an old block of units on it, was going for $1.3 million in March. Now it’s going for more than $1.6 million,” he said.

The numbers of people – I haven’t seen the school holidays this busy ever. There’s probably another 30 per cent of people here.”

The post Regional house prices soar due to coronavirus exodus from cities, but some locals now live in cars appeared first on The New Daily.

The Moneyist: Our housekeeper does not work when we’re at home due to COVID-19....

The Moneyist: My daughter was a TV star and saved $1 million. If she...