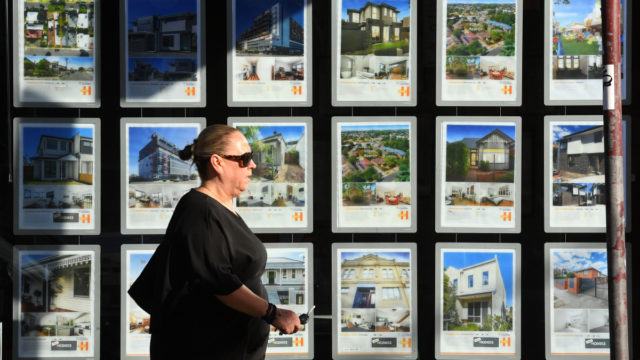 Australians’ post-lockdown housing obsession appears to show no signs of slowing, with house prices pushing past 2017’s peak to hit a new record high in January.

The biggest price rises across major cities were seen in smaller capitals including Darwin (2.3 per cent), Hobart and Perth (1.6 per cent), and Canberra (1.2 per cent).

Sydney and Melbourne prices edged up 0.4 per cent through the month.

But CoreLogic research director Tim Lawless said the regions were still leading the charge with the most substantial price gains, continuing a treechange trend that emerged when capital city lockdowns ended.

For instance, Melbourne and Sydney were outstripped by their respective regional counterparts, whose values rose more than three times as fast (1.5 per cent and 1.6 per cent, respectively).

And rising regional prices have also obscured the ground still to be made up across Perth and Darwin, whose prices are roughly one-fifth below their 2014 benchmark figures, he said.

“The main stimulus at the moment is interest rates, and we don’t expect that’s going to be changing throughout this year at least, and not until 2022 if you go by what the RBA is saying,” Mr Lawless told The New Daily.

“I think it’s been demonstrated that the housing market probably doesn’t need as much support as what has been thrown at it at the moment because we are seeing quite exuberant conditions.”

Those conditions have been fuelled by the presence of low rates, a range of buyers and building grants and fervent participation from first home buyers.

That has dragged down the number of available properties with the total number of advertised homes (including re-listed properties) 27.8 per cent lower than this time last year.

Meanwhile, the number of home sales nationally are up 23.9 per cent compared to an equivalent three-month period last year.

As a result, Mr Lawless said it’s clear buyers are operating in a “seller’s market”. But he said vendors are not yet acting on the signs.

CoreLogic’s figures also revealed a widening divide between the performance of detached homes and apartments, as the latter languishes from near-zero international student and investor demand.

According to its figures, house values rose 3.5 per cent nationally over the past six months while apartment values remained unchanged, with apartments likely to continue underperforming as demand lags.

The Moneyist: Is my boyfriend of 13 years entitled to half my house? I...