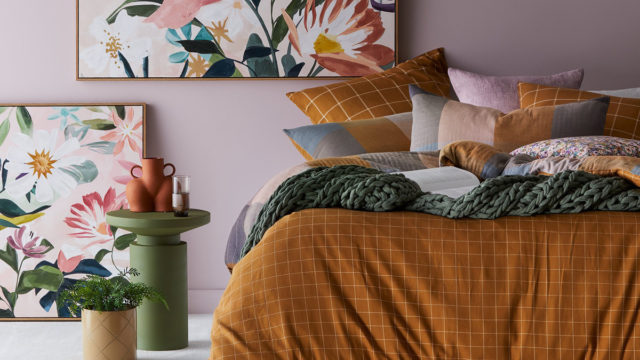 Home furnishings group Adairs plans to return millions of dollars in JobKeeper payments to the federal government after a bumper first half.

The ASX-listed company made the announcement after reporting a huge 233 per cent-plus jump in net profit to $43.9 million for the first six months of 2020/21.

Adairs had collected $6.1 million from the government to retain and pay staff following the economic impact of the coronavirus pandemic.

“The company will repay the JobKeeper wage subsidy for the period,” it said on Tuesday, citing its strong performance.

Most workers were stood down in the 2019/20 financial year, when the impact of the pandemic was greatest.

Adairs also felt the effects of the Melbourne lockdown in the back half of 2020 when 43 stores had to close.

If the JobKeeper payment is excluded from the results, Adairs generated healthy underlying earnings of $60.2 million, up 166 per cent – which was much better than it expected.

Executives were delighted with the performance of the Mocka furniture business, bought in December 2019.

Mocka is based in New Zealand but also trades in Australia.

Looking ahead, customers can expect fewer discounts as the company tries to maintain improved profit margins on sales, which have come about during the pandemic.

Chief executive Mark Ronan told analysts: “We continue to maximise margin by, in my words, not giving it away too cheap”.

He said stores were having fewer discount days, and he did not plan to revert to more frequent sales promotions.

Mr Ronan said he wanted customers who felt they were paying a slightly higher price at Adairs to believe it was due to gaining a higher-quality product.

Adairs credited customers focused on the comfort and presentation of their homes during the pandemic for a corresponding increase in online and bricks and mortar soft furnishings sales.

Bank profits have surged. What it means for you

Dispatches from a Pandemic: Mass vaccination was never expected to go perfectly — or...

‘It’s unjust’: Why middle-aged workers, especially women, are struggling to advance their careers