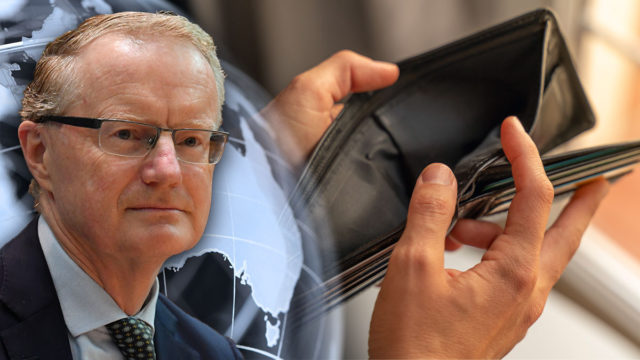 Unemployment may need to fall to levels not seen since before the Global Financial Crisis for workers to see a sizeable increase in pay, RBA governor Philip Lowe has said.

Shutting down growing calls for a rate hike in the process, Dr Lowe said in a speech on Wednesday that unemployment may need to fall to roughly 4 per cent – a level not seen since 2008 – before wages begin to pick up from the meagre 1.4 per cent growth rate recorded in 2020.

Only once annual wages growth more than doubles to more than 3 per cent – a level not seen since 2013 – will inflation increase enough to warrant raising the interest rate above 0.1 per cent, Dr Lowe said.

“Market pricing has implied an expectation of possible increases in the cash rate as early as late next year … this is not an expectation that we share,” Dr Lowe told the AFR Business Summit.

“We’re a long way from a world in which wages growth is running at 3 per cent plus.’’ 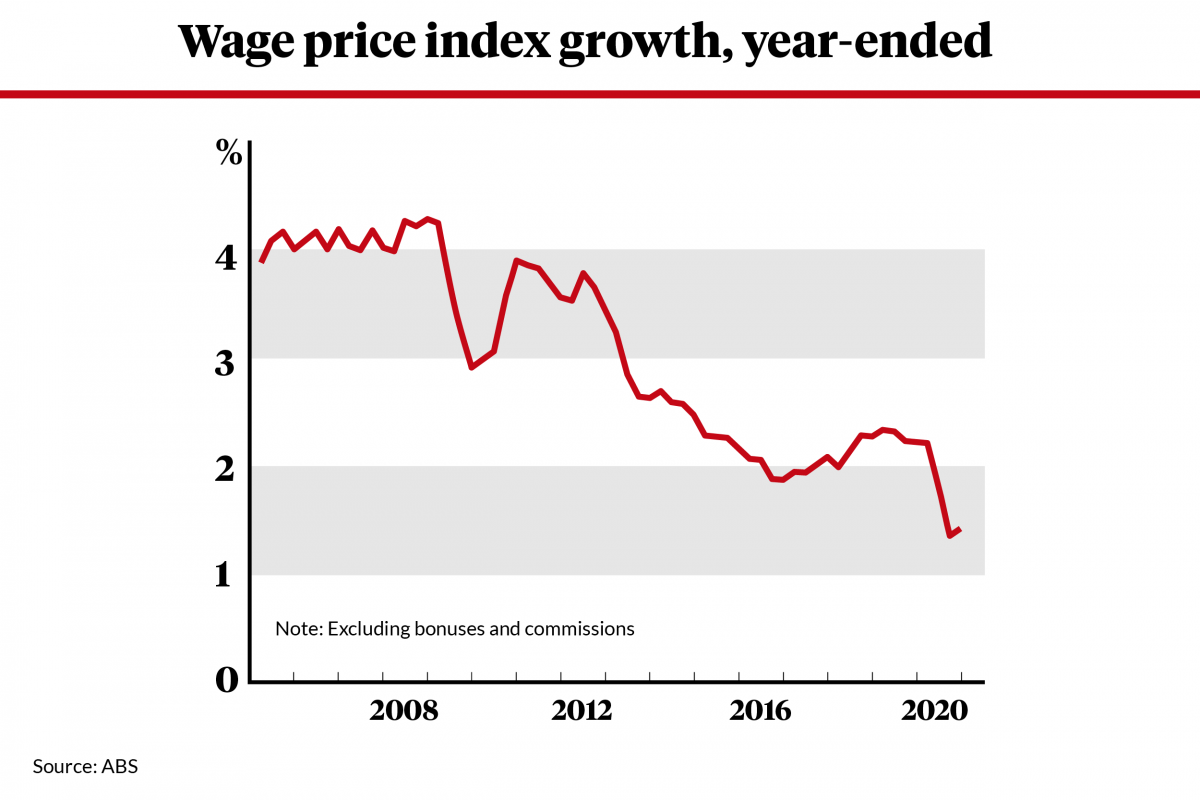 Even the RBA’s own figures suggest the labour market will not achieve those conditions within the next three years.

“It’s their acknowledgement that interest rates are going to be low for a very long time,” Mr Pickering told The New Daily.

“We shouldn’t expect any genuine pickup in these measures.”

“There’s an almost universal awareness among workers in Australia … that potentially their jobs could be done in some other country for a lot less than they’re getting paid,” Mr Eslake told TND.

“Employers [also] know the goods and services they produce could be produced in other countries for less than they can produce them at, and that has in turn made them much more conscious of costs.”

Mr Pickering agreed, adding that unions, once a potent force in the battle for higher wages, are not as powerful as they once were.

“Union membership declines each and every quarter. It’s a big contributor to what we’re seeing,” he said.

If workers had greater bargaining power, wages growth would be higher than it currently is.’’

So, what are we going to do about it?

This is consistent with the strategy in the United States, which is trying to take its economy back to 2018-19 levels when unemployment was below 4 per cent, Mr Eslake explained.

“There was clear evidence [in the US] that wages growth was beginning to pick up,” he said.

In a question-and-answer session following his speech, Dr Lowe said the US was likely to drive down unemployment much faster than Australia – despite being ravaged by the pandemic – due to President Biden’s $US1.9 trillion ($2.47 trillion) fiscal stimulus package.

“Given the fiscal developments in the United States, they’ll get down to these low rates of unemployment before us,” Dr Lowe said.

“[We’ll] see what happens there and learn lessons from it.”

Jeff Borland, a leading labour market expert and professor of economics at the University of Melbourne, said Dr Lowe clearly believed monetary policy could not do all the heavy lifting.

“[The RBA] has made it clear that the state of the macroeconomy is going to depend on fiscal policy more than monetary policy,” he told TND.

But Mr Borland said the outlook for real wages growth would depend more on labour productivity than the level of unemployment.

That’s because labour is more valuable to businesses when workers produce more output for each hour they are paid – income that feeds back into wages and capital.

Dr Lowe also highlighted the importance of productivity growth in the COVID-19 recovery, by spotlighting sluggish levels of business investment growth, which between 2010 and 2020 was 3 per cent below the three-decade average.

“This is a material difference and cumulates to slower growth in Australia’s capital stock, with implications for our longer-term productive capacity,” Dr Lowe said.

“A durable recovery from the pandemic requires a strong and sustained pick up in business investment.”

The post Strong wages growth off the cards until unemployment closer to 4 per cent: Lowe appeared first on The New Daily.

Dispatches from a Pandemic: Ireland surpassed China in confirmed COVID-19 deaths — how on...