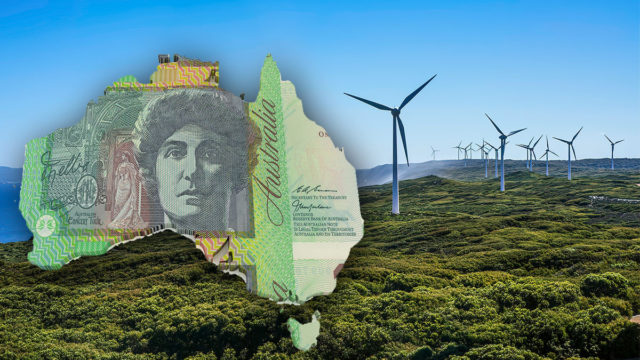 State governments are rushing forward with renewable energy investments but the Commonwealth is dragging its feet on policy, leading to unproductive disputes and slower growth.

Although the country spent $7 billion in stimulus measures aimed at renewable energy in 2020, this was “a fraction of what has been spent in other countries”, according to a report by WWF Australia (the World Wildlife Fund).

And it’s not for a lack of money.

Separate research by law firm MinterEllison found that “65 per cent of investors say they will increase investments in Australian renewables in the next 12 to 24 months”.

But while the states are encouraging renewables development, “the Commonwealth is unable to create some sort of emissions reductions policy,” Grattan Institute energy program director Tony Wood said.

As a result, the energy market is racked by instability, with the states encouraging renewable generation without an overarching federal blueprint.

“Renewables come on stream and eventually the market gets oversupplied, prices come down, and the weakest link – coal-fired power – breaks and prices go back up again and we begin the cycle again,” Mr Wood said.

That cycle had seen the closure of coal power in South Australia and the Hazelwood power station in Victoria, and in future it will see the closure of the Yallourn and Liddell power plants, which are scheduled to close by 2028.

And at the heart of it the states and Commonwealth are fighting.

Without a national emissions policy “we can assume state renewables policies are going to drive emissions [reductions],” he added.

But that approach would require oversight to balance greater renewables with increased storage capacity or other power sources.

Mr Wood said that would be best achieved by “getting behind the work being done by the Energy Security Board”.

“But rather than getting behind that to make it work, the Commonwealth is now intervening with threats to build new gas-fired generation.”

The lack of national oversight is causing further instability, with “the Victorian government now intervening in the market itself with some commercial-in-confidence arrangement to keep Yallourn going,” Mr Wood said.

Despite the lack of federal leadership, the ambitions of the states are impressive, with the WWF finding that Tasmania was the leader in renewables with 100 per cent renewable capacity, mainly as a result of its legacy hydro system.

It is now targeting 200 per cent, which would be the highest in the world.

South Australia comes in second with massive and growing wind resources, along with battery storage and no coal at all. Its government claims it could be net zero and produce as much as 500 per cent of its total power demands for export to other states by 2050.

Victoria’s renewables target is 50 per cent of energy production by 2030, which the WWF described as “modest”.

The Commonwealth’s major commitments are the creation of a renewable hydrogen hub and a $1.3 billion modern manufacturing initiative aimed at producing green metals and boosting energy storage.

It has also committed itself to the massive Snowy 2.0 pumped hydro scheme through its 100 per cent-owned Snowy Hydro. That was estimated to cost between $3.8 billion and $4.5 billion back in 2017 but it has since blown out to $5.1 billion.

The scheme is highly controversial. It is projected to provide for as long as nine hours 2000 megawatts of storage, equal to Victoria’s giant Loy Yang A coal generator, but it has detractors including the NSW National Parks Association, which says it will permanently damage Kosciuszko National Park.

“Enormous pumped hydro installations like these are yesterday’s answer to yesterday’s problems [the inflexibility of nuclear and coal-fired generation],” Professor Mountain said.

But the rise of renewables and closure of coal-fired power stations mean it is no longer needed.

“We’ve all moved on. It was never about energy and economics  – the ex Prime Minister [Malcolm Turnbull who launched it] said it was about politics,” Professor Mountain said.

“I think it is a step backwards. It’s not wise. It’s not going to pay for itself.”

The post The renewable energy rush is being held up by lack of federal policy appeared first on The New Daily.

Westpac woe as insider trading charge threatens to spill over

Low rates ‘drug’ may not be enough for growth, says QBE boss

The Moneyist: ‘I feel like she has joined some abusive cult’: My wife makes...

Here’s who gets the $5 billion in franking credits that Labor plans to take...