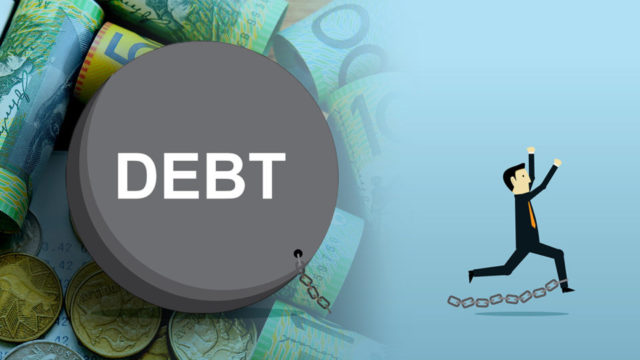 A year-long bill paying binge ended in February as credit card debt spiked when government income support was wound back.

New data released by the Reserve Bank on Wednesday shows credit card debt increased by $18.4 million over the month, despite the value of purchases and number of outstanding accounts falling.

The increase in debt coincided with Australians losing access to their nest eggs when the early super access scheme ended.

Canstar financial services executive Steve Mickenbecker said $7.1 billion had been wiped from card debt during the pandemic as Australians who lost their jobs drew down on retirement savings to pay off credit cards.

“People knew they had credit card debt and thought ‘I will grab some of this $10,000 when it’s there, and pay off the credit card so it’s on standby’,” he told The New Daily.

But the show is over now – and there’s still $20 billion in outstanding credit card debt.

Mr Mickenbecker said that figure could also increase in the coming months, particularly as the impact of JobKeeper ending flows through into household budgets.

“There’s no question that there will be some jobs lost when JobKeeper disappears … people will say, ‘at least I’ve got the credit card’,” he said.

Even modest changes in bill repayments have a large effect on the amount card holders owe, because credit card interest rates are exorbitant.

Despite the official cash rate being at a record-low 0.1 per cent, credit card interest rates are still 17 per cent on average across Australia.

Things are so bad that last week Victorian Treasurer Tim Pallas called for credit card interest rates to be tied to the RBA’s official interest rate.

The good news is that Australians are continuing to abandon credit cards in their droves, often in favour of services like buy now, pay later.

The number of active credit card accounts declined 7.66 per cent in annual terms during February to 12.7 million.

The value of purchases, meanwhile, fell 6 per cent to $20.8 billion.

The Moneyist: ‘My husband told me that my $1,400 stimulus check will be spent...

The Margin: Joe Biden’s rescue dog is getting an ‘indoguration’ this weekend

FA Center: When financial advisers survey clients in these ways, they often get back...

Mutual Funds Weekly: These money and investing tips can put a spring in your...