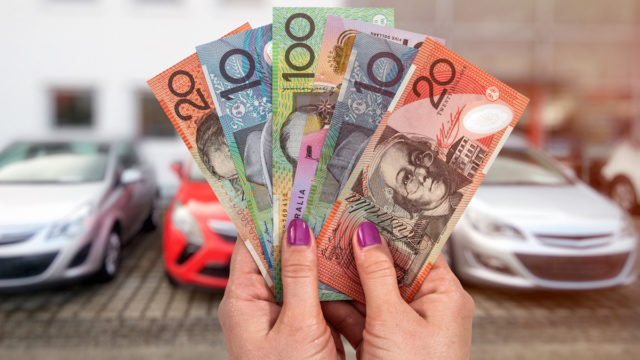 Some car companies could simply refuse to sell you a new car under a new set-price, no-haggling policy that is about to start rolling out in Australia.

Top 10-selling brand Honda is set to junk the traditional franchising method of selling cars via dealers from July 1.

Leading luxury brand Mercedes-Benz is expected to follow suit in 2022.

Both are moving to an agency model, which means the prices of new cars will be set and the dealership will simply be the place you go to be introduced to your purchase.

The move has been controversial, with two former Honda dealers launching action in the Victorian Supreme Court in protest.

It also comes as the federal government introduces tough new fines of up to $10 million for car companies that are judged to have abused their business relationship with dealers.

Under the agency retail strategy, Honda Australia executives insist they will let potential buyers walk out the door if they try to haggle on the price of a new vehicle.

“If you’re wanting to negotiate a deal, then you can’t do that with us,” Honda Australia director Stephen Collins said.

“Potentially what could happen is you’d buy the alternative [a new car from another brand] because we know that this [a set price] is not necessarily going to appeal to everyone.”

In fact, Honda estimates the new structure will result in a staggering 50 per cent sales drop from about 40,000 per annum to 20,000.

Honda will cut its dealer numbers and slash cheaper models, such as the Jazz mini, and focus on just three core cars – the Civic small car and HR-V and CR-V SUVs.

It insists this downsizing and set pricing is the only way it can stay sustainable long term in Australia.

“Our strategy is to not chase the volume,” Mr Collins said.

“It’s not having entry grades. The one-price policy means one price, whether you’re an individual buying a car or you’re a fleet of 100 vehicles buying a car.

“This is what we see as a very sustainable model for us and for the network going forward.”

But Mr Collins signalled Honda could go further in the future by switching to an e-platform and dumping dealers altogether.

“We haven’t built our systems for that, but that conversation will obviously happen at a later date,” he said.

Honda also argues this is good news for customers, who will get transparent pricing and avoid the negotiating process some find unpleasant.

However, with dealers retaining control of trade-ins and accessories and still servicing cars, there will be some scope for negotiation for those who wish to haggle.

The axing of the Jazz means Honda’s entry-level price will rise from the teens into the mid-$20,000 bracket – following the strategy of many mainstream brands, including market leader Toyota, by moving their cheapest prices dramatically upward.

With used car demand and prices also on the rise, getting into a set of wheels is becoming a more expensive proposition for buyers on a tight budget.

It helps explains why the sales of cheaper brands such as China’s MG are booming, with its $16,690 drive-away MG3 hatch nearly doubling in sales year on year.

The post The way we buy cars could be about to change forever appeared first on The New Daily.

Bank profits have surged. What it means for you

: Thanksgiving is over. Christmas is coming. What now?