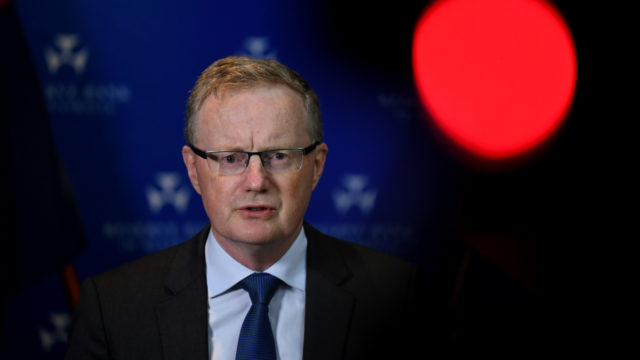 Wages will have to grow at an annual pace not experienced for eight years before the Reserve Bank considers another interest rate hike.

The central bank said as much in the minutes of an April board meeting released on Tuesday.

While noting the economy was recovering faster than anticipated from last year’s recession, the RBA said wages growth and inflation was expected to remain subdued for several years – which means an interest rate hike is off the table for the foreseeable future.

The Reserve Bank said too many people are looking for jobs or more hours for the economy to generate enough wages growth to achieve its inflation target of 2 to 3 per cent per year.

“It would take some time to reduce this spare capacity and for the labour market to be tight enough to generate wage increases consistent with achieving the inflation target,” the board minutes read, in stark contrast to fears among financial markets of a potential inflation outbreak.

“It was likely that wages growth would need to be sustainably above 3 per cent, which was well above its current level.”

The last time Australian workers enjoyed pay rises of this magnitude was in the March quarter of 2013. 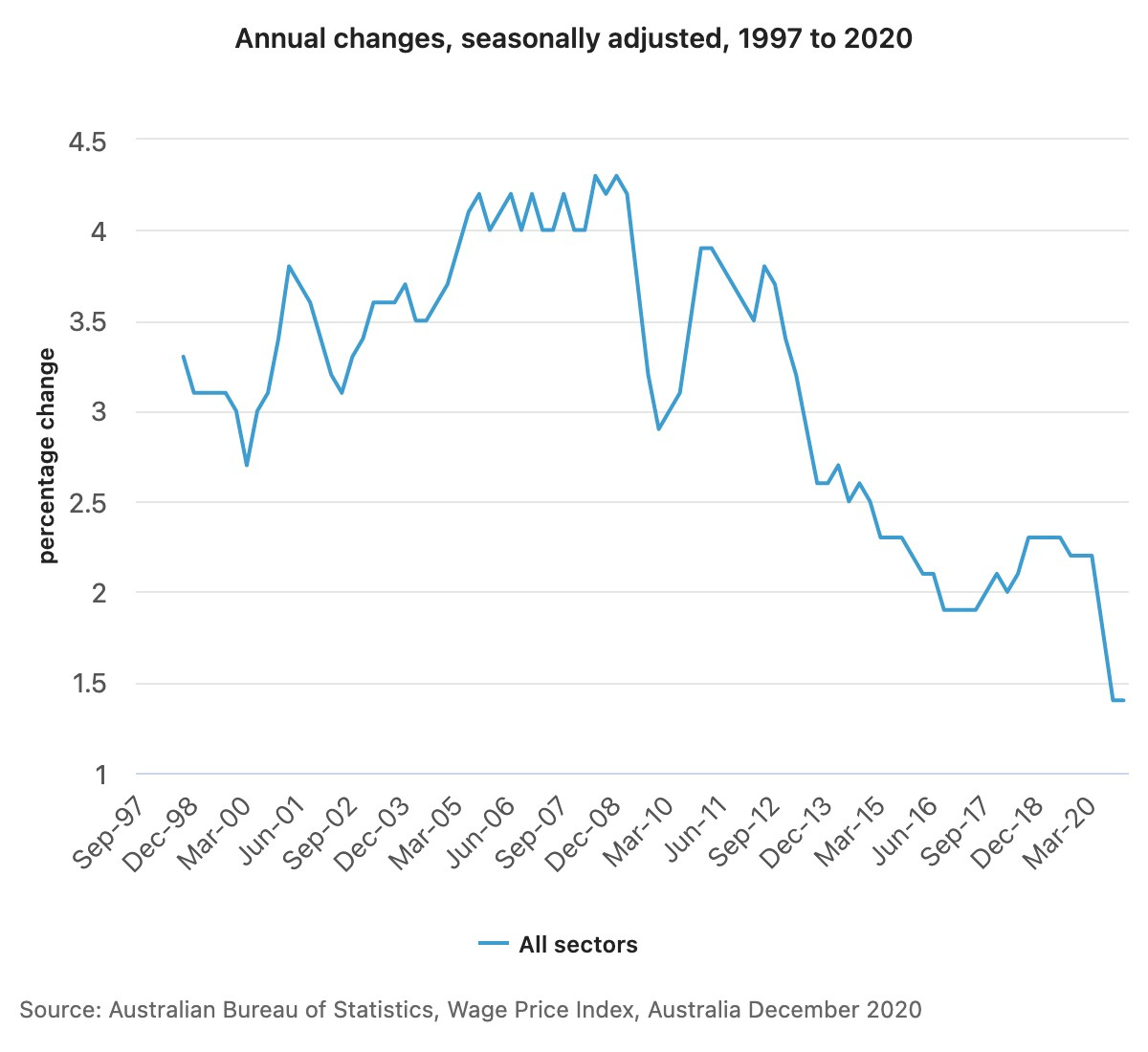 Wages growth since then has dragged on consumer spending and acted as a handbrake on the economy – hitting a record low of 1.4 per cent during the pandemic last year.

And despite the rapidly improving outlook for jobs, the RBA does not expect the labour market to be strong enough to trigger decent pay rises “until 2024 at the earliest”.

But not everyone agrees.

Economists at Commonwealth Bank believe the recovery in the labour market will lead to a pickup in wages much sooner than the RBA anticipates, which would trigger a rate hike before 2024.

The bank’s optimism is based on the fact international border closures will restrict the supply of labour at a time when demand for labour is strong.

“We expect wages growth to lift to 2.7 per cent by end 2022,” CBA economist Belinda Allen wrote in a note.

“This could prompt the RBA to eventually change its forward guidance around the conditions not warranting a lift to the cash rate until ‘2024 at the earliest’.”

Elsewhere, the RBA board acknowledged “housing prices had increased significantly in recent months”, and noted low interest rates and government incentives had contributed to the boom.

“Given the environment of rising housing prices and low interest rates, the bank would be monitoring trends in housing borrowing and the maintenance of lending standards carefully,” the RBA said.

But the central bank said there were currently no signs of a deterioration in lending standards.

“The share of loans with higher loan-to-valuation ratios had increased, but this was in part explained by the larger share of first-home buyers,” the minutes read.

“Members agreed that it would be important to watch carefully for increased risk taking by lenders and any deterioration in lending standards and larger shares of higher-risk loans.”

Regional house prices outstrip capitals for the first time in 16 years, but it...

How Does the Stock Market Work?

The Moneyist: I received two $1,400 stimulus payments because I was also claimed as...