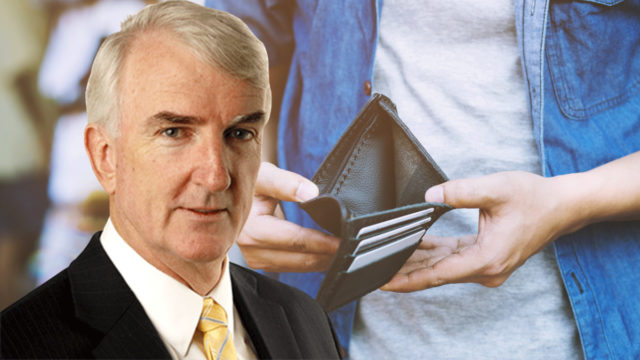 David Plunkett specialises in finding pockets of hell and whole fields of purgatory in our tax and transfer system.

In the hell category would be people paying an effective tax rate of 106 per cent on last week’s increase in the minimum wage.

That’s right – it’s possible for a single-income couple with a full-time worker on the minimum wage to be paid the Fair Work Commission’s extra $18.80 a week but end up losing $1.06 out of their joint pocket.

Or in this particular circle of hell, if the worker was pulling four minimum wage shifts a week, instead of the FWC’s $15.04 extra a week, they would forfeit $1.24, an effective marginal tax rate of 108 per cent.

This obviously is one of the more extreme and particular cases Mr Plunkett has found.

It is the bottom-line impact of the minimum wage rise on a single-income couple where the earner has child support liability for two children aged two and four and the earner’s partner is on JobSeeker.

While extreme, it demonstrates how perverse the interaction of our tax and transfer systems can be.

That’s something parents trying to return to the workforce know only too well when the cost of day care and tax collide with full-time work. It often does not pay to work more than three days a week.

Mr Plunkett describes himself as a former public servant “with spreadsheet and unnatural interest in the tax-transfer system”.

That unnatural interest provides valuable perspective on the real world of wages movement when nearly all media coverage sticks with the headline pre-tax and pre-transfer figures.

When the business lobby’s complaints about the 2.5 per cent minimum wage rise were receiving plenty of coverage last week, Mr Plunkett provided the evidence of how little the headline $18.80 could really be.

As reported, for a single-income couple on the minimum wage with a three-year-old child, the 2.5 per cent pre-tax, pre-social security rise of $18.80 a week becomes only $5.70 extra in the hand – a rise of less than 0.8 per cent, less than a quarter of the RBA’s expected 2020-21 inflation rate.

In the real world of a single person on JobSeeker working three shifts a week on the minimum wage, the theoretical 2.5 per cent rise of $11.28 a week turns into $3.20 – the government gets the rest.

No matter how many millions you make each year in Australia, your marginal tax rate will be no greater than 47 per cent.

And for those making the really serious money by way of capital gains, it’s just half of that – thanks to the generous capital gains discount that really set the negative gearing hare running.

Mr Plunkett has provided us with demonstrations before of how broad and vicious EMTRs can be, but the political focus remains on lowering tax for the rich and relatively well-off.

The top few per cent, of course, tend to have the benefit of good advice and strategies for minimising their taxable income even before their marginal tax rate applies.

The bottom third or so of income earners tend not to have big accountancy bills.

For the big picture impact of the Morrison government’s legislated three-stage income tax reform, someone with a taxable income of $200,000 a year (after the negative gearing and extra superannuation contribution deductions) in 2019 would have seen 33.5 per cent of that total go to the ATO.

And those on $60,000 or less – half of the working population – are much more likely to experience cruel EMTRs along the way as they interface with the transfer system. 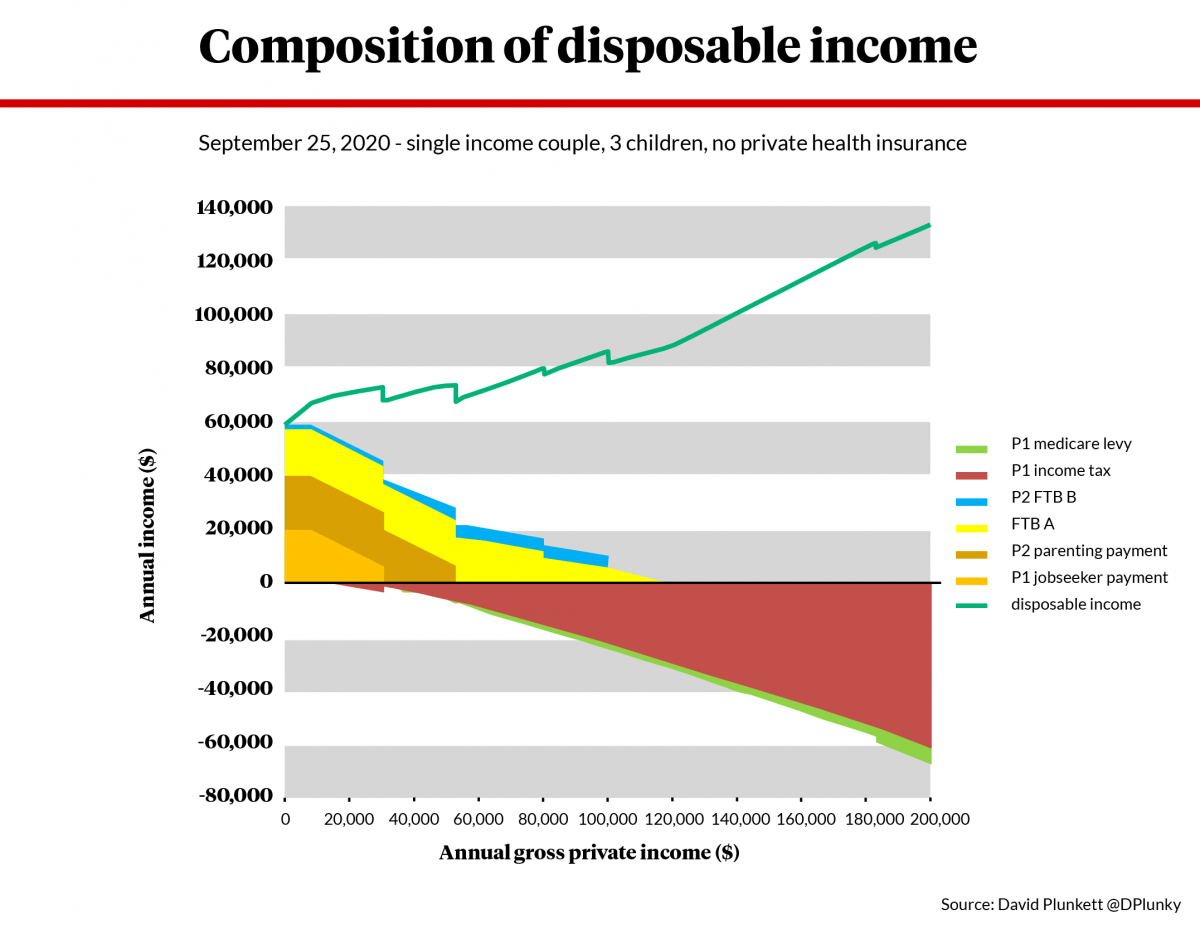 As David Plunkett showed us last year, it’s a very hard slog for those on low incomes to actually get ahead by working more.

If you have a go, you won’t necessarily get a go at all. It can easily be a purgatory without end.

The post Michael Pascoe: The impoverished circle of hell where you lose more than you gain from a pay rise appeared first on The New Daily.

The Number One: These were the most Googled questions of 2020. We have many...

Mutual Funds Weekly: These money and investing tips can help you read the market’s...

The Moneyist: My wife offered to ‘loan’ me money when I was having financial...