In January he opened Gosford’s $4 million Bon Pavilion, which he is developing through his company, Bonython.

To raise cash for his regional expansion, Mr Singleton is part of the syndicate that is selling Manly’s The Steyne hotel.

It was purchased in 2010 by a partnership involving investors Mark Carnegie and Robert Whyte, along with Mr Laundy and Mr Singleton. The consortium is now selling the pub for about $65 million.

Mr Singleton entered the pub scene in a meaningful way in 2011 when,  he bought into Riversdale, a business, with the former chief executive of Qantas, Geoff Dixon and investor Mark Carnegie.

The trio formed the Australian Pub Fund, which at its height was valued at $300 million and boasted assets such as the Marlborough Hotel in Newtown, the Bellevue in Paddington and the Old Vic in Marrickville. 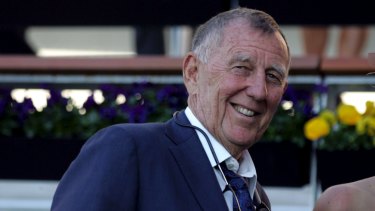 There were plans for a public listing but, as the land and asset values started to rise, the APF owners decided to take advantage of the market and sell, and invest in other areas.

Significant cash was raised through the individual sales with Matt Moran and Bruce Solomon’s Solotel paying $30 million for the Marlborough Hotel, known as the Marly, in 2017.

In Manly, there are said to be a number of interested parties for the Steyne pub.

Mr Singleton also co-owns the 17 billboards at Sydney airport with Mr Whyte. They took them to market a year ago with an asking price of about $60 million but have since decided to keep them.

The large format Elanora Hotel in East Gosford was sold by the Cusick family, after more than 50 years of ownership.

“We are delighted to have been retained by the Cusick family for such an important instruction. The landmark asset drew significant interest from both the hotel and development buyer markets,” Mr Dragicevich said.

“The strong result is vote of confidence in the region and deserved of such a unique hospitality land holding.

“The multi-revenue based hospitality asset occupies a prominent corner position on the Central Coast highway, and offers potential downstream additional development opportunities given its symmetrical shape and 7,667 square metre footprint.”

The Moneyist: ‘We did not place blame or offer advice’: Are we flaunting our...

Dubbo’s Axxis a finalist in employer of choice, excellence in small business awards –...

The Moneyist: My son inherited money after his father was killed in an accident....