“It took too long to get payment through, some significant payments took months,” he said. “You have nowhere to go, you are beholden to them. If there was legislation to mandate to pay businesses in 30 days that would be fair for everyone.”

You have nowhere to go, you are beholden to them.

Webster is the founder of Shiftiez a platform that simplifies rostering for businesses to improve culture and save money which he started three years ago following the failure of his first business.

Turnover is under $50,000 and Webster says he has been careful to ensure he does not get caught out by late payments again.

“We changed our model to try and deal with it,” he said.

MYOB chief executive Tim Reed said it did not surprise him that payment times are a significant issue for small businesses. 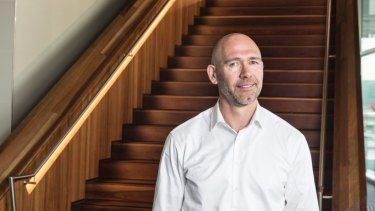 “For those small businesses that find they have clients that systematically pay them late it puts a large amount of pressure on their cash flow,’ he said. “The government has done a lot but there is a lot more that they could do.”

Mr Reed said einvoicing was one way of enabling faster payment and should be backed by both parties while government should also comply with mandatory payment times.

“The government needs to act the way it wants to see others act,’ he said. 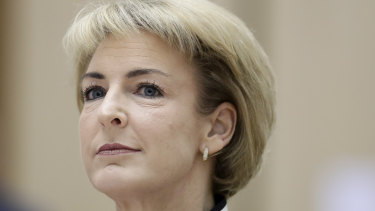 “Cash flow is crucial to the health of any business, but especially small business,” she says. “Reports that some large businesses push out payment terms to 60 or even 120 days, or demand discounts just for paying on time, place huge financial and mental stress on business owners.”

Ms Cash said although there have been improvements small businesses are still too often being shouldered with the burden of long payment times.

“We have listened and we are taking action to ensure small business is not being used as a bank by requiring large businesses with a turnover of over $100 million and government agencies to publish their payment information,” she said.

Madeleine King, shadow minister assisting for small business, said Labor has been consulting with small businesses around the country and is aware of the immense stress late payments have on their businesses.

“Labor will continue to audit government departments payment times – which have decreased – as well as Australia’s top 3000 companies, which will only be able to tender for government contracts if they commit to paying SMEs within 20 days,” she said.

“The real game-changer will be leadership in the business community however, and an industry-led campaign for smaller payment times for small businesses.”

Financially fragile Americans during COVID-19 have difficulty answering these 15 money questions — can...

In a world of #fakenews, more Americans are getting their COVID-related news from the...