“Our trading performance is encouraging in a tough environment and confirms the underlying strength of our business and our brands,” he said.

Meanwhile, JB Hi-Fi on Tuesday reaffirmed its guidance for its profit to grow by between 1.6 per cent and 5.1 per cent this year, despite its sales growing at a slower rate. 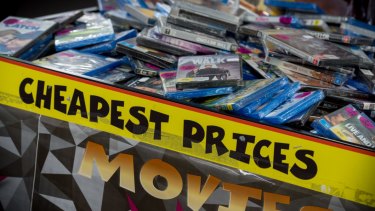 The consumer electronics retailer said comparable sales at its Australian JB Hi-Fi stores grew at 1.5 per cent in the third quarter, compared to 4.3 per cent growth in the same quarter last year.

JB Hi-Fi’s chief executive Richard Murray told Macquarie’s conference he was pleased with the result, which came in a “tough but not irrational” market.

Mr Murray said the company was undergoing an internal productivity drive to maintain its competitive edge, and was also looking at branching into services following a successful trail of home TV installation.

“We have so many opportunities internally, if we could get every store to operate like our best stores, our eyes would water,” he said.

The company reaffirmed guidance given in February for its net profit to between $237 million and $245 million, while flagging June was the second most important trading month after December which could swing the result one way or the other.

With retail watchers focused on what impact consumer headwinds have on spending, Macquarie Group chief executive Shemara Wikramanayake said economic growth would be sluggish in the short term, as the slump in house prices dragged on economic activity.

The remarks came as Reserve Bank figures on Tuesday showed housing credit growth fell to a new record low of 4 per cent in the year to March, with investor credit growth at a virtual standstill over the last six months.

Ahead of the investment bank’s full-year results on Friday, Ms Wikramanayake also said federal elections could often lead to weaker periods for the economy.

Even so, she said Australia would remain attractive to investors over the longer term, helped by a stable political system, a balanced budget, and growing population.

Australian shares had also generated the highest returns in the world since the 1990s, nudging out the US market, she said.

Macquarie has previously flagged a 15 per cent lift in it full-year profit for the year to March, suggesting it will deliver earnings of about $2.94 billion.

Reporter for The Age

Deep Dive: These are the best-performing Nasdaq and S&P 500 stocks of 2020

The Moneyist: My mother visited my sister, who didn’t give her breakfast or lunch....

The GameStop play is rigged. But not if the US follows Australia’s lead