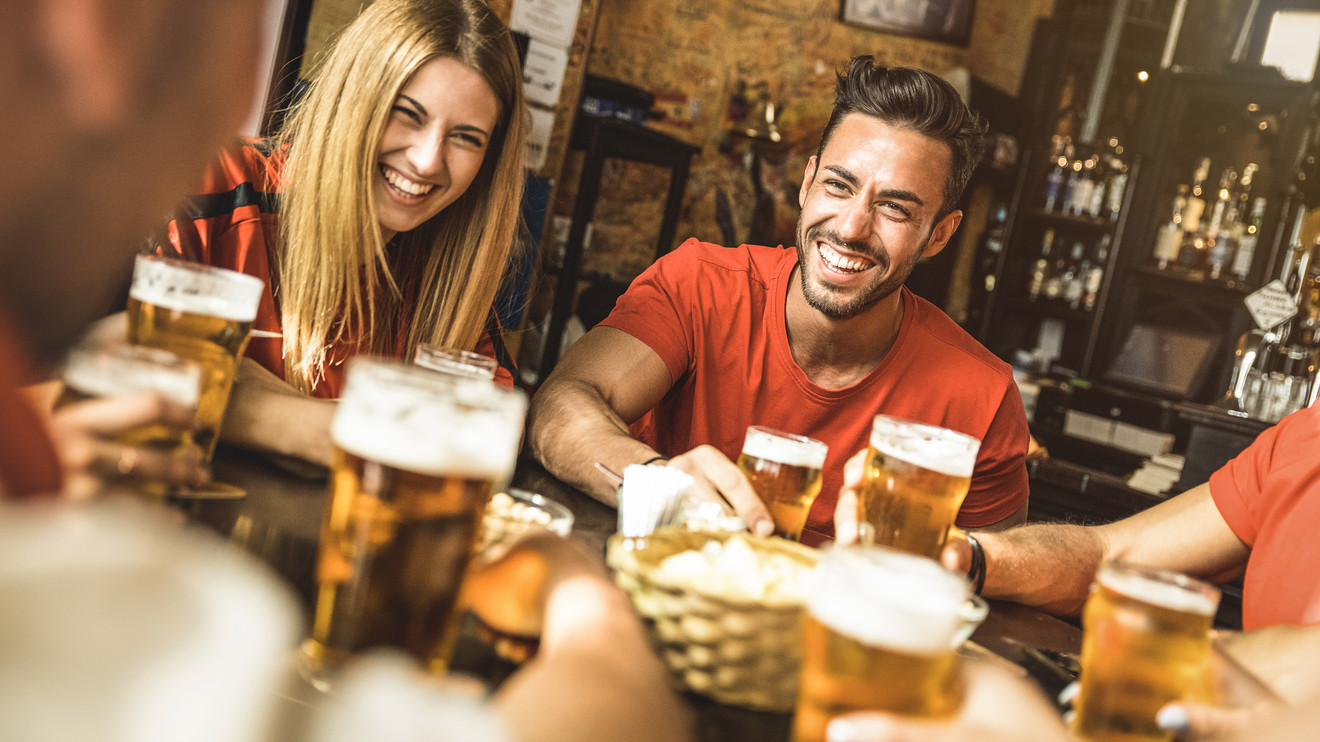 People spend more on craft beer every month than they do on their monthly cell phone and utilities bills. Drinkers are shelling out an average of $59 per month on beer, a new survey from Chicago-based market insights agency C+R research, found. Millennials spend $5 more. More than half (56%) of millennials said they drank an ice cold craft brew at least once a week.

Men are shelling out $66, and women spending $50 per month, the Brewers Association survey concluded. That’s equivalent to most people’s monthly utility bills and cell phone bills, respectively. Most millennials, who now range in age from 23 to 38, said hoppy IPAs (India Pale Ale) is their preferred craft beer. Other types include American Pale Ale, Brown Ale and Porter.

More than half (56%) of millennials said they drank an ice cold craft brew at least once a week.

Analysts polled 2,000 Americans between the ages of 21 and 70 who drink alcohol, and found that 76% of beer drinkers were willing to pay more for their preferred craft beer. Craft beer comes from a brewery that produces six million barrels of beer or less annually, and accounts for approximately 3% of U.S. yearly sales.

The number of craft breweries has grown from 1,511 in 2007 to more than 7,000 as of 2018, according to the Brewers Association. In fact, 91% of those surveyed said they prefer the taste of craft beer over big brands like Budweiser BUD, -0.31%  and Heinken HEINY, +0.17% Those legacy brands still dominate the beer market.

See also: Beer is now being sold as a wellness product

Sierra Nevada Brewing Company, the third largest craft brewery in the U.S., announced earlier this year that it purchased the San Francisco-based Sufferfest Beer Company, which makes low alcohol beer. That gluten-reduced beer markets itself as “beer with benefits” to athletes because it contains electrolytes and sea salts to help drinkers refuel instead of leaving them dehydrated.

To boost bottom lines, craft brewers are creating better-for-you brews with less alcohol, one way to tap into the $4.2 trillion wellness industry. Indeed, the Brewers Association found that 40% of its members already brew products that fall outside its traditional beer and cider categories to include low alcohol and non-alcoholic beers, while more than half would consider doing so.