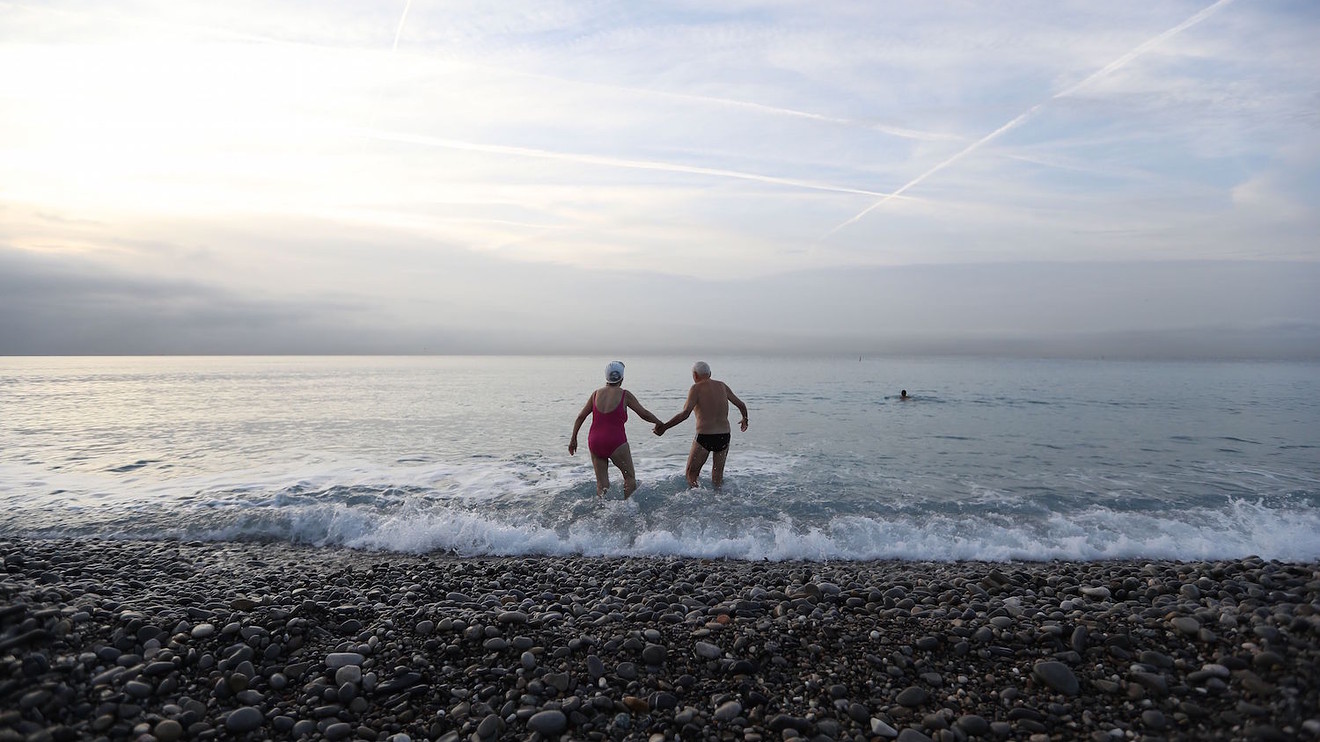 Romir and Ella Chatterjee first passed through Bend, Ore., accidentally, lost en route to San Francisco. It was a world away from their Arlington, Va., home, where they lived for more than 30 years while working in Washington, D.C. But that chance encounter stuck with them, and when the time came to settle into retirement in 2014, Bend found its way to the top of their list.

“All the time that we had lived in the D.C. area,” Ella recalls, “when we had vacations, we often came out West.”

The couple made their home in Virginia because of their careers, and while they established strong connections over the decades they lived there, the Chatterjees knew they didn’t want to stay.

Census data shows that fewer than 5% of all moves are due to retirement, but those moves may be among the most meaningful as retirees seek a place to spend their final chapter. However, deciding whether to retire in place or relocate to a more retiree-friendly locale is not always easy. That’s why we talked to experts in deciding whether to stay or go.

Factors to consider before you move

Retirement speaker, consultant and author of “The Single Woman’s Guide to Retirement” Jan Cullinane says that decision should be based on a variety of factors that impact the quality of those golden years.

These considerations include crime and tax rates; access to quality medical care; a pleasing landscape and climate; the cost of housing and living in general; the availability of learning, recreation and part-time work opportunities; how easy it is to get around and to get out of town; arts and cultural offerings; and the closeness of social and family connections.

Cullinane took these factors into consideration herself when choosing to retire in Palm Coast, Fla.

“I’ve always loved the ocean,” she says. “It’s also a community, which is very important to me.”

Her home also has an elevator, access to walking paths and is close to social activities, transportation hubs and top-notch medical facilities.

Finding the ideal mix of these qualities may inspire a move to a new locale. But, Cullinane stresses, what’s most important is focusing on a handful of priorities rather than seeking a spot that checks every box. In addition, it’s crucial to be realistic and not be won over by romantic notions of what a place may offer.

“Ideally, try out a place year round,” she says. “Those beautiful autumn days might become frigid winters. Those balmy winter evenings could become sweltering summers. The place at the beach may be filled with new weekly ‘neighbors,’ making it hard to feel part of a community.”

Though the Chatterjees made a briefer visit to Bend, that trip helped affirm that the city of about 80,000 people, nestled between the river and the mountains in Oregon’s high desert, met enough of their requirements to make the cut. But it came with some sacrifices, too.

“You develop a checklist of what you want in a place,” Ella says. “No place is ever perfect.”

In their case, Bend provides an ideal balance of outdoor recreation opportunities and cultural elements like coffee shops, bookstores and theaters. It also has good doctors and a cost of living that’s within their means.

“A major thing was affordability. Washington, D.C., was very high-cost and we’re pretty much dependent on retirement income,” Romir says.

The Chatterjees do say they wish Bend had more diversity and more of the sorts of cultural institutions they’d grown accustomed to in urban centers – art museums, operas, etc. But they are able to enjoy live streams of ballets, operas and other events at the local movie theater. And Ella is optimistic that with the construction of a four-year university campus under way, the future may hold more cultural opportunities.

“Diversity is really something we thought about, but everything else was favoring Bend,” Ella says. “You have to decide what’s most important.”

Beyond the geographic location, there’s also the physical residence to consider. Though many Americans are retiring while they are still relatively young, fit and active, it can be hard to remember to think ahead to a time when stairs won’t be so easily climbed. Seeking a home, condo or apartment that’s universally designed – that is, designed to be accessible to a range of ages and abilities – helps retirees stay in one place and enjoy their independence longer.

Also see: The best cities and countries to retire abroad

“It’s been said that housing often is designed like a ‘Peter Pan’ home – that we won’t ever grow up – or old,” Cullinane points out, adding that a home with universal design elements may have comfort-height toilets, higher countertops, at least once entrance without steps, wider hallways, curbless showers, first-floor master bedrooms or an elevator.

Of course, not every retiree is the same, and individual needs vary based on a number of factors, including gender, race/ethnicity and sexual orientation.

Women, Cullinane says, may prioritize ample storage, low maintenance, security options, built-in organizers in bathrooms and closets or two master bedrooms to accommodate a nonromantic roommate. LGBT retirees might look for a community among other LGBT individuals where they don’t have to worry about discrimination or being separated from their spouse or partner.

They are just two groups who may seek out what Cullinane calls “niche” communities where they can live with or near others who share their background or interests. She ticks off a long list of examples, including communities tailored to Indian Americans, Asian-Americans, LGBT individuals and couples, women who want to live with women, artists, seafaring sorts and RV-abiding wanderers.

Try our tool: Where’s the best place for me to retire? Tell MarketWatch what you want, and we’ll find the right place for you

For some, that wanderlust is increasingly taking them abroad. She says that while statistics on the number of American retirees living outside the country are difficult to come by, some 600,000 Social Security checks were sent overseas in June 2014 – more than double the number sent out in 2002.

“Stretching their money, a spirit of adventure and longing for change might spur people to make the move,” Cullinane says.

Despite this growing number of retired expats, she notes that it’s domestic cities that are most popular among retirees and, yes, some of them are in Florida and Arizona. Specifically, she says Naples, Fla.; Prescott, Ariz.; Austin, Texas; Charleston, S.C.; and Asheville, N.C., are in demand among the recently retired. In fact, according to the U.S. Census, the fastest-growing metro area in the U.S. from June 2013 to June 2014 was an “active-adult” community in Florida called The Villages.

But what if one’s hometown already has all the qualities a retiree could want? Cullinane says for some, staying put is the best option.

“Social connections have formed, doctors and dentists are in place, children may live close by,” she says.

That’s the case for Sharon Gentzler, who chose to stay in Casper, Wyo., after she retired in 2011. She’s lived in the small city since 1964, and has developed strong personal and professional relationships in the area. Though she’s considered living elsewhere, at the time of her retirement, she didn’t want to leave behind an elderly relative who had been like a mother to her.

“I wanted to and felt a moral obligation to be here for her,” Gentzler says.

As a social butterfly with limited retirement savings, she also appreciated the company of her friends and the ability to work part-time for former employers. When that beloved relative died a few years later, Gentzler inherited her home, making an even more compelling case for sticking around.

“For right now, I’m going to stay here,” she says, adding that Casper has plenty to offer her, including an affordable cost of living, ease of getting around and access to everything she needs, including quality health care. “If I want something more than what’s here, there are places I can go to get it.”

Cullinane says familiarity is a strong draw for retirees. Still, she encourages retirees to consider whether they are staying because they want to or because they don’t want to deal with the stress of relocating.

“There is something behavioral economists call the status quo bias,” Cullinane says. “It’s easier to do nothing than something, so although a majority of people say they are going to age in place, they may be doing it because it’s easier to stay than to make the effort to investigate places and relocate.”

Ultimately, every individual knows their own needs best. But Gentzler says the best advice she can give is to put money away so that when the time comes, retirees have more options to consider.

Read the original article on Livability.