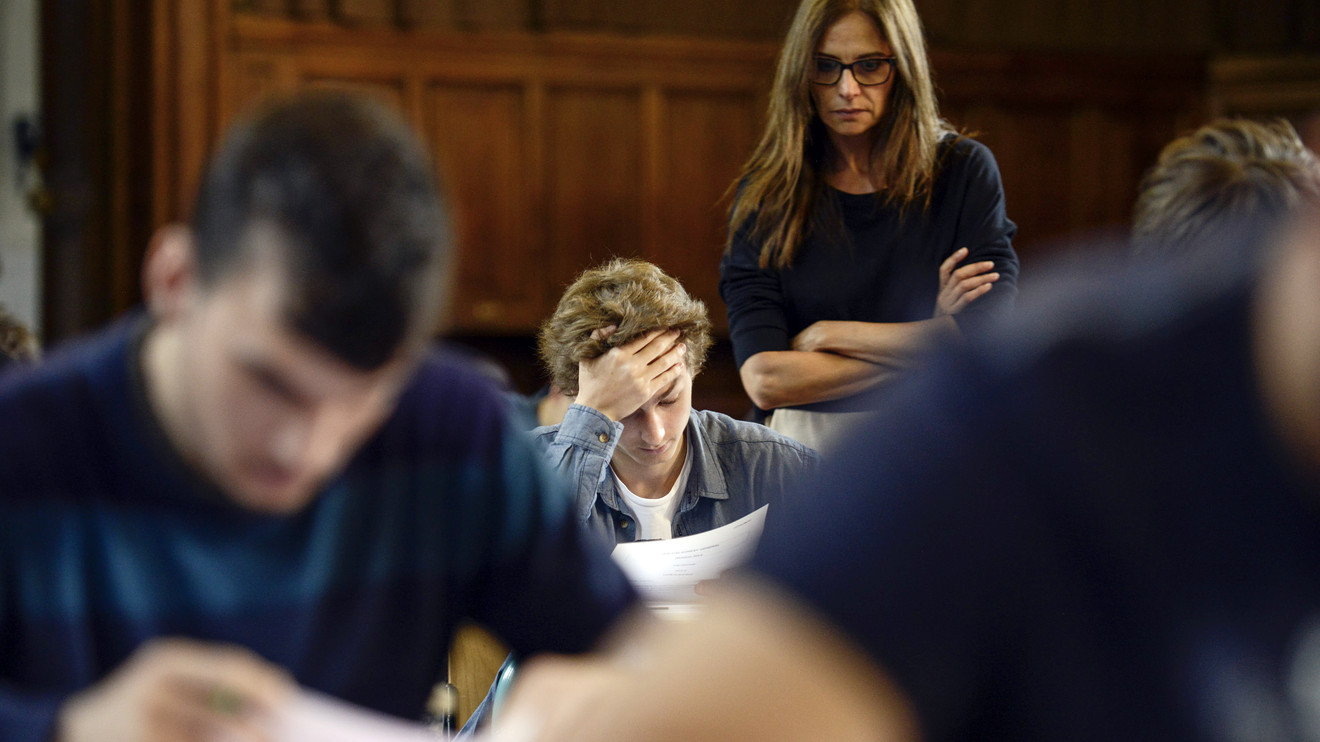 The College Board plans to assign an “adversity score” to test takers, which will aim to measure their socioeconomic background, the Wall Street Journal reported Thursday.

The measure will be based on a variety of indicators about their neighborhood, family and high school environments. The company offered 50 colleges the chance to use the score last year as part of a test and it plans to expand the measure to 150 schools this fall.

Student advocates say this would also add another opaque indicator into a college admissions process already criticized for its lack of transparency.

The score will fall on a scale from one to 100 with a higher score signaling a higher level of adversity.

Student advocates say the score adds another opaque indicator to a college admissions process already criticized for its lack of transparency. ­­­Colleges will be able to see the score, but students won’t, according to the WSJ report.

The College Board’s announcement comes as policy makers, higher education leaders and others grow increasingly concerned that our higher education system is reinforcing inequalities instead of acting as the engine of economic mobility it’s often pitched to be.

Standardized tests have become a major culprit in this conversation, with stakeholders worrying that the tests are more of an indicator of race and class background than anything else.

Several colleges, including the University of Chicago, have decided to make these standardized tests optional in their admissions criteria amid concerns that the tests provide an edge to privileged students.

It’s like a credit score the applicant can never see

Adding the adversity score may provide some comfort to the schools that they can more fairly evaluate students and, as such, help the SAT keep or even increase its market share. But others are less than impressed by the College Board’s efforts.

(The College Board didn’t immediately respond to a request for more information from MarketWatch).

The fact that students won’t be able to see their score is a big concern for Faith Sandler, the executive director of the Scholarship Foundation of St. Louis, which works with low-income students applying to college. “I don’t believe in any score of any human being unavailable to that human being,” Sandler said, likening it to a credit score that the applicant can never see.

The adversity score itself could be open to misinterpretation. A student could be living in a foster home in a well-off neighborhood, for example.

“The fact that universities would be receiving data collected by a third party, assembled by a third party that results in a score — that’s used in a decision as important as admissions without that individual having access to that score — is crazy.”

The adversity score may be open to misinterpretation, student advocates say. For example, a student could be living in a foster home in a well-off neighborhood. On the other hand, a ZIP code that signals a high level of adversity could include relatively wealthy pockets.

Without seeing the score, students don’t have a chance to address what they might feel are inaccuracies, said Anna Ivey, a college admissions consultant who was the dean of admissions at the University of Chicago’s Law School.

In an interview with the WSJ, David Coleman, the chief executive officer of the College Board, said wealthier students are more likely to score better on the SAT. “We can’t sit on our hands and ignore the disparities of wealth reflected in the SAT,” he said.

They’re more likely to have access to test prep and other resources that can help them score better on the test.

But adding another score isn’t the best way to go about dealing with those concerns, Sandler said. Instead, she questions whether the test itself should be changed to better reflect students’ abilities.

Other obstacles to equity

Even if the score works as intended it won’t necessarily level the playing field. Much of the data captured in the “adversity score” is already available to the colleges through other parts of the application, like a student’s financial-aid form.

In some cases, that information can even tip the scale towards wealthier students who can afford to pay a college’s full price, Sandler said.

In addition, even when colleges do admit low-income students in larger numbers, that doesn’t mean they’re able to offer financial aid and other resources.

“The schools have a business model that doesn’t allow full equity,” Jeff Strohl, the director of research Georgetown University’s Center on Education and the Workforce.

Schools still face pressure from rankings and other sources to boost the average standardized test score of their incoming classes, Hawkins said.

“This is a great example of how complex the admissions endeavor is,” said David Hawkins, the executive director for educational content and policy at the National Association for College Admissions Counseling, which includes high school counselors and college admissions officers as its members.

Admissions officers have welcomed the additional score, Hawkins said. “It’s going to take time to figure out how this thing works,” he said.

The adversity score could become far more useful if the Supreme Court makes it more difficult for colleges to factor race into admissions decisions, a distinct possibility.

Lawsuits alleging racial profiling against Harvard and the University of North Carolina are winding their way through the court system. (Both colleges have denied those allegations.)

“If you’re going to try to get diversity and you can’t use race, here’s the next best thing,” Strohl said. “You can pick this person based on other disadvantages which are highly correlated with class.”

Other stakeholders are not convinced. Adding the adversity score could help the SAT stay relevant in this environment, Ivey said.

“If I were the College Board I’d be scrambling too, to figure out ways to have this test add more value for their ultimate customers, which are schools,” she said.

Hey PM, you’re either lying or ignorant about the RBA’s forecasts