When Ms Perkins and co-founders Cliff Obrecht and Cameron Adams first started Canva in 2012 they spent years knocking on doors pitching to investors their vision for an online design and publishing platform.

However, Canva’s success with 15 million monthly active users worldwide has flipped that script.

“Both General Catalyst and Bond have flown over [to Sydney] at different points to get to know the team,” Ms Perkins said.

“In only five years it has not only demonstrated the need for a simpler way to design, but it is also one of the rarer cases of a tech startup that is already profitable while growing incredibly quickly,” Mr Doherty said.

Ms Meeker said the investment in Canva represents Bond’s debut investment and said she was excited about the startup’s potential.

“The Canva team is building its product around three trends – content, community and commerce – similar to what we’ve been observing in some of the world’s fastest growing companies,” she said.

Ms Perkins said: “We have been fortunate we have not needed to take on capital, we have been profitable for a while now.

“Bond and General Catalyst have been pursuing Canva for a while, we decided to take on the funding to grow into workplaces. Our goal is to become the default tool in workplaces across the world.”

Ms Perkins said Canva would use the funds to expand a number of products including its presentation product which has been used 20 million times and offers an alternative to what Perkins describes as “death by Power Point”.

Canva will also boost its enterprise product which will allow businesses to use templates to create consistent brand identities.

“We want Canva to really power the modern workforce which is why we are doubling down on presentations and an enterprise product,” she said. 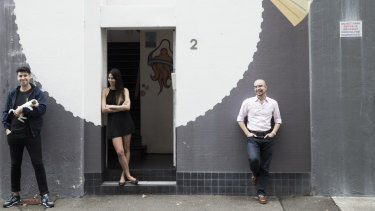 Canva recorded its maiden profit in 2017 of $1,858,144 and Ms Perkins said the profitability had continued but media reports of turnover of $130 million were “just speculation”.

The design platform has more than 500,000 paying subscribers on its Canva Pro which at $12.95 a month gives turnover of $77 million a year from that product alone.

They have great experience helping large companies become household names which is exactly our intention.

This funding round boosts Canva beyond ‘unicorn’ status, the moniker attributed to companies valued at over US $1 billion, and comes just a few days after Canva acquired photo sites Pexels and Pixabay.

“We have very big goals and ambitions,” Ms Perkins said. “[The investors] expectation is Canva can become 10 or 100 times bigger than it is today. We are continuously looking at the next mountain we can climb. We really want Canva to become a household name. We always say we are only part of the way there.”

How to Buy Stocks – The Basic Necessities