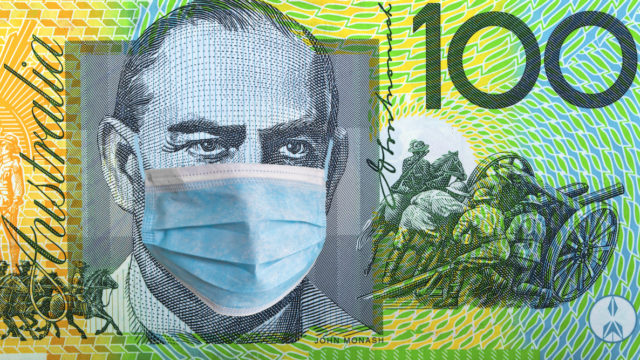 Successive governments from both sides of politics have framed federal budgets with one eye on the economy and the other on what ratings agencies such as Standard and Poor’s will do.

Just the announcement of a “negative outlook”, as happened in April, makes news.

Politicians, commentators and even some economists treat even the possibility of a downgrade as a big deal.

What is unclear is why.

Credit ratings are supposed to measure the risk of default by corporations and governments on the bonds they issue to investors.

If it’s a 10-year bond, it’s the risk of not making the remaining annual payments and not paying back the sum that was lent after 10 years.

A ratings downgrade is meant to indicate the payments have become less likely.

Read more: The government has just sold $15 billion of 31-year bonds. But what actually is a bond?

This should make bond holders less keen to own the bonds, which should push up the rates the corporation or government will have to offer to sell them.

A very good reason to pay attention to Standard and Poor’s you might imagine.

And it is for the governments of states such as Victoria and New South Wales, whose ratings were downgraded on Monday.

Those states will probably have to pay more for their borrowings, even though the Reserve Bank of Australia is in the market snapping up state as well as Commonwealth bonds.

But the Commonwealth of Australia is different.

Research to be published next year by University of Adelaide graduate student Matthew Crocker suggests that the Commonwealth and other governments with a high degree of monetary sovereignty, including those of the United States, Japan, Canada, New Zealand, Korea, Switzerland, Norway and the United Kingdom, are well placed to ignore Standard and Poor’s and all the other ratings agencies.

Governments have a high degree of monetary sovereignty if, like Australia’s, they issue and collect taxes and borrow in their own currency and if that currency is on neither a gold standard or a fixed exchange rate.

In a careful study of members of the Organisation for Economic Co-operation and Development between 2000 and 2020, Crocker finds that ratings downgrades do indeed push up the cost of borrowing for countries without monetary sovereignty (such as most members of the Euro-zone), but have no significant impact on the cost of borrowing for monetary sovereigns such as Australia.

One lesson from this is that the Australian government should ignore credit ratings when framing its budgets, as modern monetary theorists have been saying for years.

Since 2004 Australia has only issued bonds in Australian dollars, which is another way of saying it has only borrowed in a currency it is able to create.

Although there are many constraints on what governments such as Australia’s can do (including the risk of inflation), such governments can’t become insolvent in their own currencies, because they are always able to supply them.

Strictly speaking, they don’t need to borrow at all. They choose to do so. Where they do borrow, their lenders face a zero risk of default.

The other lesson is that buyers of bonds understand this. They behave as if there is a zero risk of default, whatever the agencies say.

Those that haven’t, including fund managers who bet against Japanese and US government bonds in anticipation of downgrades, have lost an awful lot of money.

The implications are important

It would be great if others understood this. It has implications for the balance between fiscal and monetary policy, for federal-state financial relations and for privatisations and public investments.

Governments at both levels have borrowed more than $100 billion to fund measures to fight the recession.

In order to fund the extra debt payments those states will be under pressure to outsource and privatise things that aren’t yet privatised, even though on one estimate none of Australia’s privatisations over the past 30 years has ended up benefiting the public.

The pressure will increase if the states are downgraded and the cost of their payments increase.

The Reserve Bank is buying state and territory bonds, but that doesn’t write off the debt, it only kicks it down the road.

The best thing would be for the federal government to take over states’ COVID-related debts.

It can’t run out of dollars, and the states are doing much of its work for it, supporting the economy. The move would make the ratings agencies even less relevant.

Reserve Bank governor Philip Lowe was half right when he said in August: “I think preserving the credit ratings is not particularly important; what’s important is that we use the public balance sheet in a time of crisis to create jobs for people.”

Credit ratings aren’t important for the federal government. Right now they matter for the states. The feds are able to help them out.

This article is republished from The Conversation under a Creative Commons licence. Read the original article.

The post Australia’s credit rating is irrelevant. Ignore it appeared first on The New Daily.