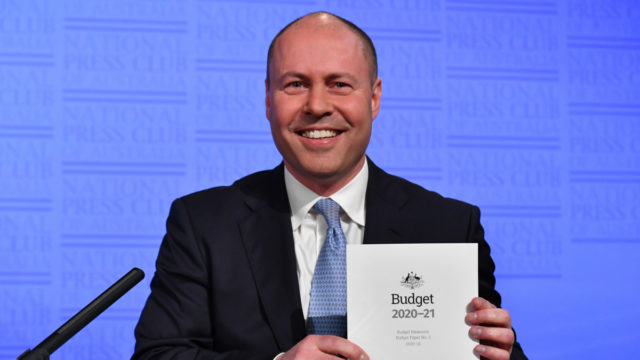 Australia’s economy is on course to be $106 billion larger than federal budget forecasts by 2024, according to new modelling from Deloitte Access Economics.

However, the government’s choice to bank on tax breaks for workers and businesses, instead of prolonging JobKeeper, would only pay off if outbreaks remain contained until a vaccine rollout, their report suggests.

That figure was helped by Australia’s grasp on the virus, unemployment hovering below Treasury’s year-end forecast of 8 per cent, and fast-declining numbers of JobKeeper recipients, he said.

The improved outlook is also in spite of extra spending announced since October, including $1 billion for local vaccine production and $3.4 billion for extended HomeBuilder grants and JobSeeker supplements.

When comparing the four-year outlook, the projected GDP gap widens to $106 billion by 2023-24.

“Treasury was forecasting an Australian economy that would permanently be around 5 per cent smaller than its pre-COVID forecasts, and yet policy was shifting away from income supports such as JobKeeper towards tax-driven incentives for families and businesses,” Mr Richardson said.

“A bunch of things needed to go right for that policy mix to work best – yet the good news is that’s exactly what has happened since then.”

Deloitte’s findings come two weeks after the OECD warned Australia not to withdraw vital fiscal support until the recovery from the economic headwinds of the pandemic were “well entrenched”.

Despite forecasting growth in 2021 and 2022, the OECD also suggested unemployment will rise further due to the gradual phasing out of JobKeeper.

Although that scenario is unlikely – as China buys roughly two-thirds of its yearly supply from Australia – markets have consistently bid up the price of iron ore in anticipation of potential tariffs.

And Mr Richardson said this ‘fear tax’, which has seen iron ore prices rise $US18 ($25.32) since November 30, will lead to a more substantial intake by the Australian Tax Office.

“The bottom line is that China’s trade war with Australia is making us money rather than losing it,” Mr Richardson said.

“To be clear, we’ve lost money on everything from lobsters to wine. But we’ve more than made that up in overall terms thanks to iron ore – and the taxman will be a considerable beneficiary of that.”

The post Australian economy could be $106 billion larger than budget forecasts by 2024: Deloitte appeared first on The New Daily.