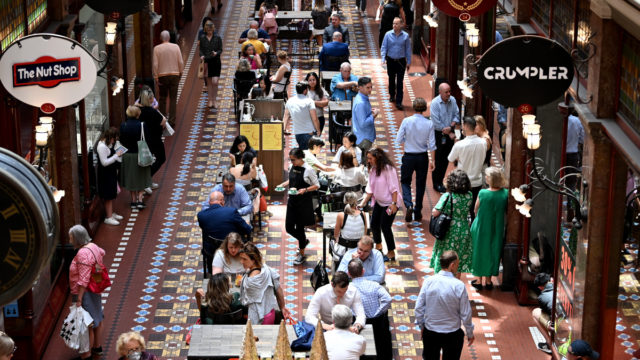 Consumers went out to spend with gusto during January with retail sales climbing 0.6 per cent during the month and a whopping 10.7 per cent on January 2020, according to the Australian Bureau of Statistics.

The big yearly rise demonstrated that consumers are confident and have cash in their pockets following record savings levels during the pandemic.

The big year-on-year rise also demonstrates how retail sales were slugged last January by the bushfire crisis that gripped the Eastern states.

The rise in January followed a 4.1 per cent fall in December that was in part affected by COVID-19 outbreaks in NSW.

Ben James, ABS quarterly surveys director said: “There continues to be variations in retail sales between states and territories, as COVID-19 restrictions are tightened or eased in different parts of the country.”

Australian Retailers Association CEO Paul Zahra said “while it’s pleasing to see sales strengthen through January, there are pockets of retail at breaking point with the looming end of JobKeeper”.

“Retailers had a really strong finish to the year and that’s now continued through to January. However, it doesn’t paint a complete picture of what the sector is going through,” he said.

All states and territories saw retail turnover rise in January, except Queensland (-1.5 per cent), where a three-day lockdown hit trade. NSW (1.0 per cent) led the rises, as restrictions that began in December were eased during January.

Food retailing led the rises as consumers hit the supermarkets after staying away in December 2020.

There were falls in clothing, footwear and personal accessory retailing, household goods retailing, and department stores, which all saw impacts from interrupted trade in Queensland, the ABS said.

EY chief economist Jo Masters said retail trade “continues to benefit from the shift towards spending on goods over services. Interestingly, however, we are starting to see some rebalancing with spending on clothing, footwear and personal accessory retailing, household goods retailing, and department stores all falling in January.

“This is likely a combination of restrictions easing (so more opportunity to spend on services) and the fact that many goods – such as a new TV or fridge – are purchased only once,” Ms Masters said.

Mr Zahra said that the windback of JobKeeper in March would hit spending as the year progressed.

“According to ARA strategic partner Deloitte, there’ll be close to $5 billion less in government support flowing through the economy each month,” he said.

“Travel retailers, in particular, are at breaking point and are preparing to shed thousands of jobs. These are businesses operating within airports and CBD tourist shopping strips that remain largely deserted.”

The Number One: These were the most Googled questions of 2020. We have many...