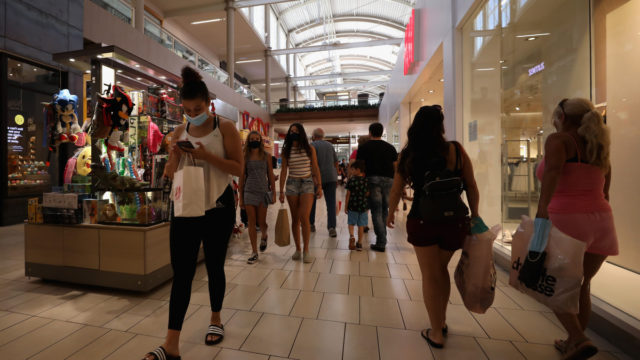 The rapid economic rebound from last year’s deep recession is yet to be felt in people’s wage packets.

Despite a sharp drop in the unemployment rate to 6.4 per cent last month from a 22-year high of 7.5 per cent last July, economists expect it could be a few years before a decent pay rise in seen.

“While the jobs recovery has been faster than expected and unemployment is expected to fall below six per cent by this time next year, we are still a long way from full employment and hence a decent pick up in wages growth,” AMP Capital chief economist Shane Oliver says.

Wednesday will see the release of key wages figures for the December quarter and are likely to be grim reading.

The wage price index – used by the Reserve Bank and Treasury in gauging wage growth – is expected to have risen by just 0.3 per cent in the final three months of 2020.

It will follow the meagre 0.1 per cent rise in the September quarter and leave the annual growth rate at a limp 1.1 per cent.

The only upside is that annual inflation is crawling along at 0.9 per cent.

Also on Wednesday, quarterly construction work data is released that will feed into the national accounts report for December quarter that is issued on March 3.

The national accounts include economic growth figures that are expected to show an extension of the 3.3 per cent rebound seen in the September quarter after the seven per cent slump in the previous three months.

What is known so far in the economic growth calculation is that retail spending rose by a healthy 2.5 per cent in the quarter.

The construction work figures are expected to show an increase of one per cent for the quarter, helped by strong home building that has been encouraged by low interest rates and government initiatives.

However, business investment figures on Thursday are expected to have remained subdued.

Private capital expenditure in the quarter is expected to have declined 0.3 per cent.

Still, Business Council of Australia chief executive Jennifer Westacott believes the rollout of the COVID-19 vaccine will be vitally important for business confidence.

Prime Minister Scott Morrison was one of the first to get the Pfizer jab on Sunday, a day ahead of the national rollout.

“It’s hugely important to get that momentum that has built up in the economy to stay and get extra momentum,” she told Sky News’ Sunday Agenda program.

However, enthusiasm surrounding the vaccine rollout has failed to shore up the Australian share market, which extended a hefty sell-off on Friday in after-hours futures trading.

On Friday the share market dropped 1.3 per cent, its worst day of losses in more than three weeks, undermined by worries over the performance of the US economy.

There was little to turn the tide from an overall flat Wall Street on Friday as investors sold technology shares that had rallied through the pandemic and bought into other stocks that are set to benefit from pent-up demand once the coronavirus pandemic is subdued.

The post Retail sales leap, but no sign of the long-awaited increase in wages appeared first on The New Daily.

The Moneyist: My wife found a half brother through Ancestry.com. Are we morally or...

This is the biggest financial goal for Australians in 2021