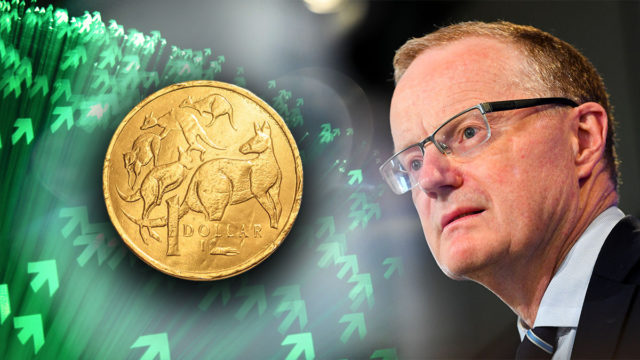 There was blood on the floor of the sharemarket on Friday, with the All Ordinaries index diving nearly 2 per cent and investors dropping $51 billion in market value in the biggest fall in six months.

That gave investors and super fund members a fright, but many might not understand that it represents a fight in the financial markets between central banks and bond investors over inflation.

For years, central bankers have been in control, pushing interest rates down directly and also via ‘quantitive easing’ – in effect printing money to buy bonds – to lower the cost of money. 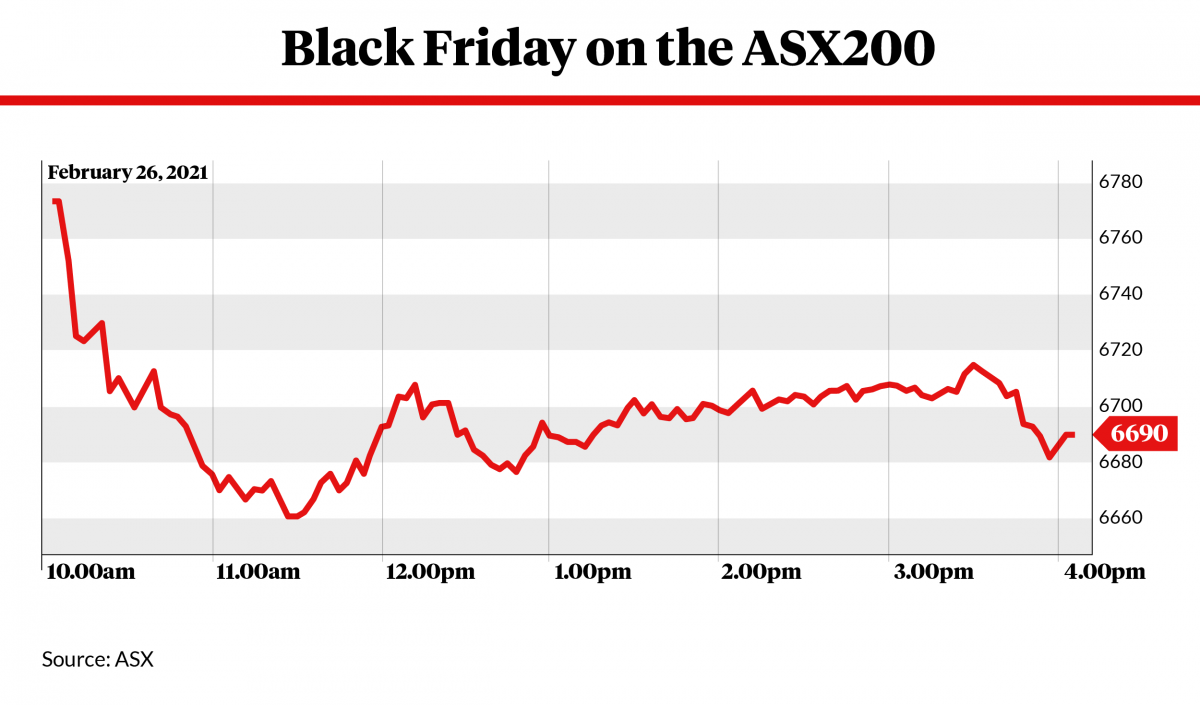 But now, the bond markets, the people who supply the long-term capital that is largely funding the more than $US10 trillion ($12.77 trillion) that McKinsey says central banks have spent on stimulus, have hit back, saying they won’t take it anymore.

The reason we know that is because long-term interest rates around the world have spiked upwards on the back of fears about inflation.

“Australian 10 year bond rates have jumped from 0.7 per cent in October last year to 1.6 per cent now,” said Laurie Conheady, fixed interest specialist with JB Were.

“In the US market, the rate on 10-year Treasury bonds has gone up to 1.5 per cent and they were 1 per cent earlier in the year.”

There is an inverse reaction between the sharemarket and long-term interest rates. As interest rates kick up, markets fall over fears that people will sell shares and buy bonds. 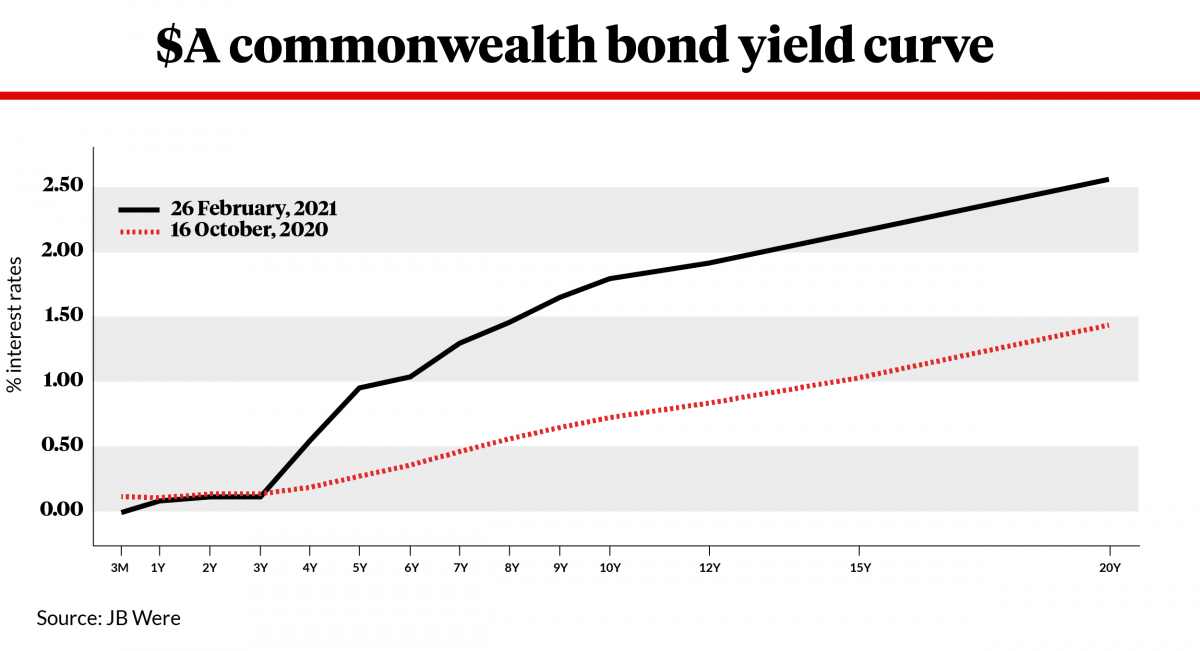 “The markets have been spooked by the idea that inflation is going to pick up,” said David Bassanese, chief economist with BetaShares.

“Even the Fed [US Federal Reserve] themselves say that it could pick up in the short term. Currently, it’s only 1.5 per cent, but the Fed last week said it was going to break above 2 per cent.”

The markets are positioning for that shock and it’s a matter of shoot first and ask questions later,” Mr Bassanese said.

So the outlook for shares depends on whether those predictions of rising inflation come to pass and how sharply it rises.

What surprises and worries observers is how quickly and sharply interest rates have spiked.

Five-year bond yields have jumped by about 70 basis points and 10 year-bonds by a full percentage point over the past few months. But RBA governor Phil Lowe hasn’t flinched on short-term rates.

In fact, he doubled down on recent promises, saying he will hold the cash rate at a record low 0.1 per cent until 2024.

Where the fight is

What that means is there’s a battle going on between the hard bitten pros in the bond market and Governor Lowe and his international contemporaries over the cost of money.

“The RBA has the ability to print more money and buy more short-term bonds to defend its 0.1 per cent target of the three-year bond, which they have been doing today [Friday] with $3 billion worth of purchases,” said Shane Oliver, chief economist with AMP Capital.

“They can win that battle but as to who wins the war, it ultimately depends on what happens to the economy and inflation. If the central banks are right and any pickup in inflation is transitory then the RBA can continue on its merry way and not raise interest rates for several years.

“If that’s not the case then the RBA will be forced to tighten earlier. The bond market is currently pricing in interest rate hikes in the next 18 months.”

But Phil Lowe is prepared to slug it out. Not only did he spend big on Friday, earlier this month he stepped up with another $100 billion for his quantitive easing program.

There’s also another $100 billion or so left in the RBA’s Term Funding Facility, which provides cheap credit to banks to on-lend to struggling businesses.

But the bond markets are also sticking to their guns. For while the RBA has kept the three-year bond rate flat, the four-year rate, which is just outside Dr Lowe’s target, has jumped 75 basis points in four months.

“The Term Funding Facility runs out at the end of June. It’s a hard deadline, and when it’s finished the banks will have to fund it through normal operations.”

That will add yet another upward pressure on rates that Dr Lowe will have to fight. And it’s a battle he has to win, because both the private sector and government have record debt levels and a rise in rates could be catastrophic.

The post Why the Reserve Bank has gone to war with the bond market and has to win appeared first on The New Daily.

Deep Dive: Like Amazon, these stocks have 100% buy ratings from analysts