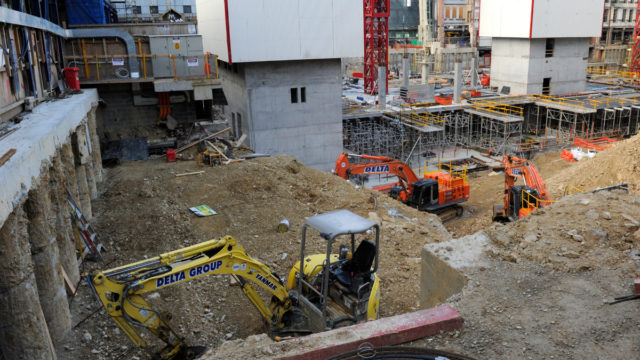 The Australian economy has enjoyed its strongest performance in history in the past six months as it recovers from the 2020 recession.

The December quarter national accounts showed the economy grew by 3.1 per cent, much stronger than 2.5 per cent expected by economists and followed an upwardly revised 3.4 per cent in the September quarter.

Treasurer Josh Frydenberg said the national accounts confirmed that a strong, broad-based recovery was under way.

“This is a very encouraging performance from the Australian economy, given the economic abyss that we were staring into at the peak of this crisis,” Mr Frydenberg said in Canberra on Wednesday.

In the June quarter of 2020, economic activity plunged by 7 per cent due to the impact of the COVID-19 pandemic.

The Australian Bureau of Statistics said this was the first time in the more than 60-year history of the national accounts data that gross domestic product had grown by more than 3 per cent in two consecutive quarters.

However, the impact of the downturn lingers, with the annual rate remaining in negative territory at 1.1 per cent, although this was better than both the Reserve Bank of Australia and Treasury had previously predicted.

“Our economy is stronger, but not strong enough to create enough secure jobs with decent pay. It’s better than others, but the unemployment rate is still higher than the US, and we lag on vaccines,” Dr Chalmers posted on Twitter.

Consumer spending, as COVID-19 restrictions eased, was a key driver of the strong result, particularly in Victoria after it emerged from a lengthy lockdown.

Private investment also made a solid contribution through both housing and business investment, which coincided with federal government initiatives, such as HomeBuilder and the expanded instant asset write-off, the ABS said.

“What is particularly pleasing in today’s numbers is that as our emergency support is tapering off, the private sector is stepping up,” Mr Frydenberg said.

But he conceded there would still be challenges ahead.

“The job is not done. But you wouldn’t want to be in any other country but Australia as we begin 2021.”

More up-to-date data shows the construction industry is one area where the economy is strengthening further.

While the overall index did ease 0.2 points to 57.4 in February, a reading above 50 indicates the sector is expanding.

Ai Group head of policy Peter Burns said employment and activity levels both built on the gains in recent months.

The Margin: Apple is getting an earful over the AirPods Max’s $549 price tag

Dubbo’s Axxis a finalist in employer of choice, excellence in small business awards –...

The Moneyist: My parents died of COVID-19 and left no will. My brother lives...