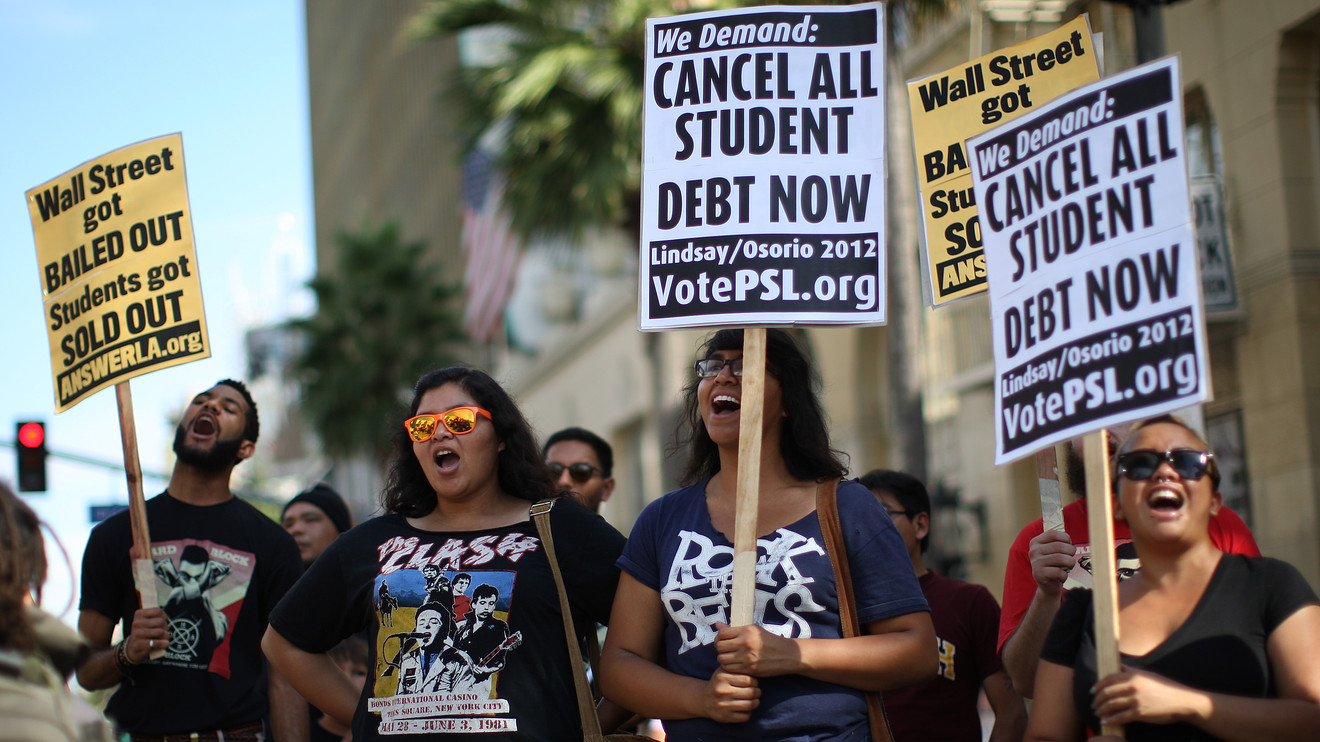 Cancelling student loans frees up borrowers to make decisions that can improve their financial lives.

That’s one takeaway of a working paper distributed this week by the National Bureau of Economic Research. When roughly 10,000 borrowers had their private student loans cancelled, they were more likely than similar borrowers to move, change jobs or return to school, the paper found. They also saw their incomes increase by $4,000 over a three-year period on average, which equates to roughly two months salary on average.

They saw their incomes increase by $4,000 over a three-year period on average, which equates to roughly two months salary on average.

In addition, these borrowers were less likely to rely on other forms of credit — reducing their indebtedness by 26% — and 12% less likely to default on those accounts, the researchers found. “There are quite significant benefits of intervening in the student-loan market by forgiving student debt,” said Marco Di Maggio, a professor at Harvard Business School and one of the authors of the paper.

The findings come as debate rages over a proposal from Senator Elizabeth Warren, a Massachusetts Democrat and presidential candidate, to cancel student debt for millions of borrowers. Di Maggio cautioned that the study’s findings are “far away from an endorsement of Warren’s plan,” and the paper doesn’t measure the cost of widespread student debt cancellation

(Warren’s campaign has estimated that her plan would discharge about $640 billion in student debt and she’s proposing to pay for it with a tax on the wealthiest Americans).

Still, Di Maggio said, the findings “give us insight on what we should expect if a policy like that is implemented — on the benefit side.”

The researchers were able to come up with the findings, by studying what Di Maggio called a “natural experiment” that recently took place in the student-loan market. Over the past several years, thousands of borrowers have seen lawsuits over their defaulted student debt dismissed by judges because the company suing them, National Collegiate Student Loan Trust, didn’t have the underlying documentation necessary to prove they owned the loan and therefore had the right to sue the borrower.

These borrowers were less likely to rely on other forms of credit — reducing their indebtedness by 26% — and 12% less likely to default on those accounts.

National Collegiate buys private student loans from lenders, packages them and securitizes them and the document trail can get messy as the loans change hands. In the early to mid-2000s, the company ramped up its practice of suing borrowers to collect on defaulted student debt. But over the past few years, the Consumer Financial Protection Bureau, consumer lawyers and judges have questioned whether the company has the documentation necessary to sue borrowers.

The researchers looked at cases where judges threw the suits out, matched those legal filings to borrowers’ credit information to see what happened when the debt was wiped away. They then compared those borrowers’ experiences to that of people demographically similar, living in the same zip code, with a similar amount of student debt and who were also in default.

The borrowers examined by the researchers are perhaps in some of the most dire circumstances that student loan borrowers find themselves in: in default — so not repaying — on a private student-loan. Private student loans, which make up less than 10% of the student loan market, have few remedies for borrowers struggling to repay their debt.

Given that the borrowers studied as part of the paper are in a situation of last resort, Di Maggio said he wouldn’t necessarily expect the effects of student loan cancellation on the broader student loan market, which is made up mostly of borrowers with federal student loans who are repaying them, to be as dramatic. Still, he’d expect to see some similar, beneficial effect.

The paper’s findings illustrate the particular burden that student debt can place on borrowers. Because the group studied wasn’t actually repaying their debt, cancelling it didn’t do anything to change their cash flow. Instead it increased their wealth and allowed them to take steps to ultimately make even more money, Di Maggio said. That in turn means they’re able to spend more and more likely to stay current on other forms of credit.

Some of the criticism surrounding Warren’s plan has been “we are giving money to these student-loan borrowers,” Di Maggio said. “You should consider that there are spillover effects.”

Encore: Half of today’s households are at risk for retirement

The Moneyist: ‘I’m tired of being the only one with moral values’: My mother put me on the deed of her home. Now my...

The winners and losers of the RBA’s record-setting year

NAB’s dividend cut could have been worse – The Age