Prominent hedge fund VGI Partners, best known for its well-known short selling campaigns against companies such as Slater & Gordon, will list on the Australian Securities Exchange, telling its wealthy existing backers the move would let them share in its success.

“We believe the time is right to strengthen further the alignment between VGI Partners and our investors by providing the opportunity for you to benefit — as a potential owner — from our collective future success,” VGI’s managing partner Rob Luciano, a former Caledonia executive, wrote in a letter to the fund’s wholesale investors on Wednesday. 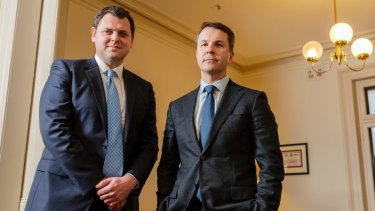 Mr Luciano said the move, expected to be formally announced to the Australian Securities Exchange on Monday, would see the company raise $375 million in total.

The funding will be split between a $300 million capital raising for VGI’s existing ASX-listed Global Investment fund (VG1-LIC).

The Moneyist: ‘Warren Buffett and Harry Potter couldn’t get those two retired early’: When...

What side effects, if any, can you expect from a COVID-19 vaccine shot?

The Moneyist: My boyfriend, who is 9 years my junior, says he doesn’t want...