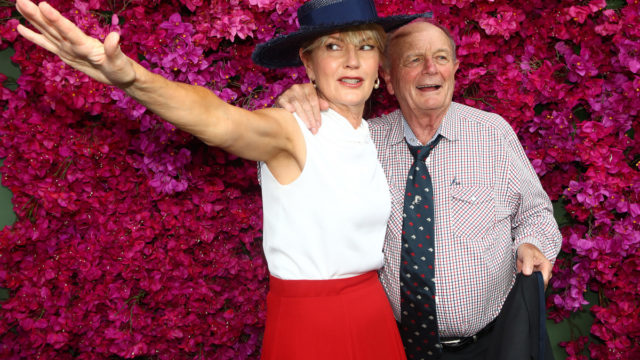 Harvey Norman has refused to hand back more than $13 million in JobKeeper subsidies, despite funnelling hundreds of millions of dollars to investors in the past year as profits soar.

The electronics and furniture retailer had a bumper December-half as shoppers bought new TVs and home office equipment during the pandemic, boosting after-tax profits by 116.3 per cent to $462 million.

It was helped along by $3.6 million in wage subsidies from Australian taxpayers between June-September, adding to the $10 million it took between corporate and franchised operations last financial year.

The latest billionaire to be caught in the DividendKeeper rort, chairman Gerry Harvey is refusing to repay taxpayers, despite reaping a whopping $78 million personal payday from a distribution declared on Friday.

Mr Harvey owns more than 30 per cent of Harvey Norman, which has booked $942 million in after-tax profits in the past 18 months.

A total of $323 million has been funnelled to investors in dividends since the company started receiving JobKeeper payments last April.

Chief executive Katies Page – who is Mr Harvey’s wife – received a $602,000 bonus in 2020, part of a $2.1 million short-term incentive package handed to senior leaders at the retail behemoth.

Mr Harvey has insisted the government will receive money back in tax, even though that’s a separate legal requirement for all companies, irrespective of whether they took JobKeeper.

“Some of the other non-franchised businesses applied for, and were eligible to receive, $3.63 million of wages support … all of which was passed on directly to their employees in order to retain the employees of those businesses,” Harvey Norman said in a statement on Friday.

But Labor MP Andrew Leigh said Mr Harvey didn’t need a cent of taxpayer money and should hand back everything he had taken.

“At a time in which one million Aussies are out of work, taxpayers shouldn’t be supporting a billionaire,” Dr Leigh said.

Harvey Norman franchisees took $7.6 million from JobKeeper last financial year, but disclosures for the December-half were mysteriously missing from the company’s latest accounts on Friday.

That’s because Harvey Norman is not obliged to report JobKeeper funds from its franchisees, as they’re not consolidated entities.

The retailer’s head office took $3.63 million in JobKeeper over the December-half and $2.39 million last financial year.

Harvey Norman was forced to close stores in many countries during COVID-19 lockdowns in 2020. But the retailer operates in categories that have also benefited from pandemic demand.

Total revenue increased 24.8 per cent to $5.2 billion over the December-half, having reached $8.4 billion last financial year.

Harvey Norman isn’t the only major retailer to have taken millions from taxpayers, booked big profits and failed to hand back a cent.

The New Daily has tracked more than a dozen such companies so far.

Nick Scali, Accent Group, and City Chic are among them, totalling more than $100 million in JobKeeper bills between them and hundreds of millions in profits and dividends.

Other industries have been on the take too, including casino and gambling giants such as Crown and Tabcorp.

Treasurer Josh Frydenberg has encouraged companies with the capacity to repay taxpayer to do so, but has not made it a requirement.

The government has come under mounting pressure to release data showing how many profitable companies took JobKeeper 2020.

But Mr Frydenberg has so far resisted those calls. Questioned earlier in February about whether analysis had been done, Treasury officials said they hadn’t checked which profitable companies participated.

The post ‘Pay it back, Gerry’: Harvey Norman declares massive dividend after JobKeeper bill appeared first on The New Daily.